The Lagos State Police has said that everyone involved in the lynching and burning of a sound engineer in Lekki, Lagos, have been arrested.

David, a father-of-two, was mobbed by commercial motorcyclists alongside two of his friends

The friends are in hospital in critical condition. David didn’t make it.

The incident was said to have started when David got into a misunderstanding with a commercial motorcyclist over N100 balance. Other motorcyclists allegedly joined and lynched David.

Reacting to outrage following the killing, the Lagos State Police Command Public Relations Officer, Benjamin Hundeyin, said all those involved have been arrested.

He tweeted: “I can authoritatively confirm that all the perpetrators of this heinous crime have been arrested. They will all be prosecuted. Say no to jungle justice!” 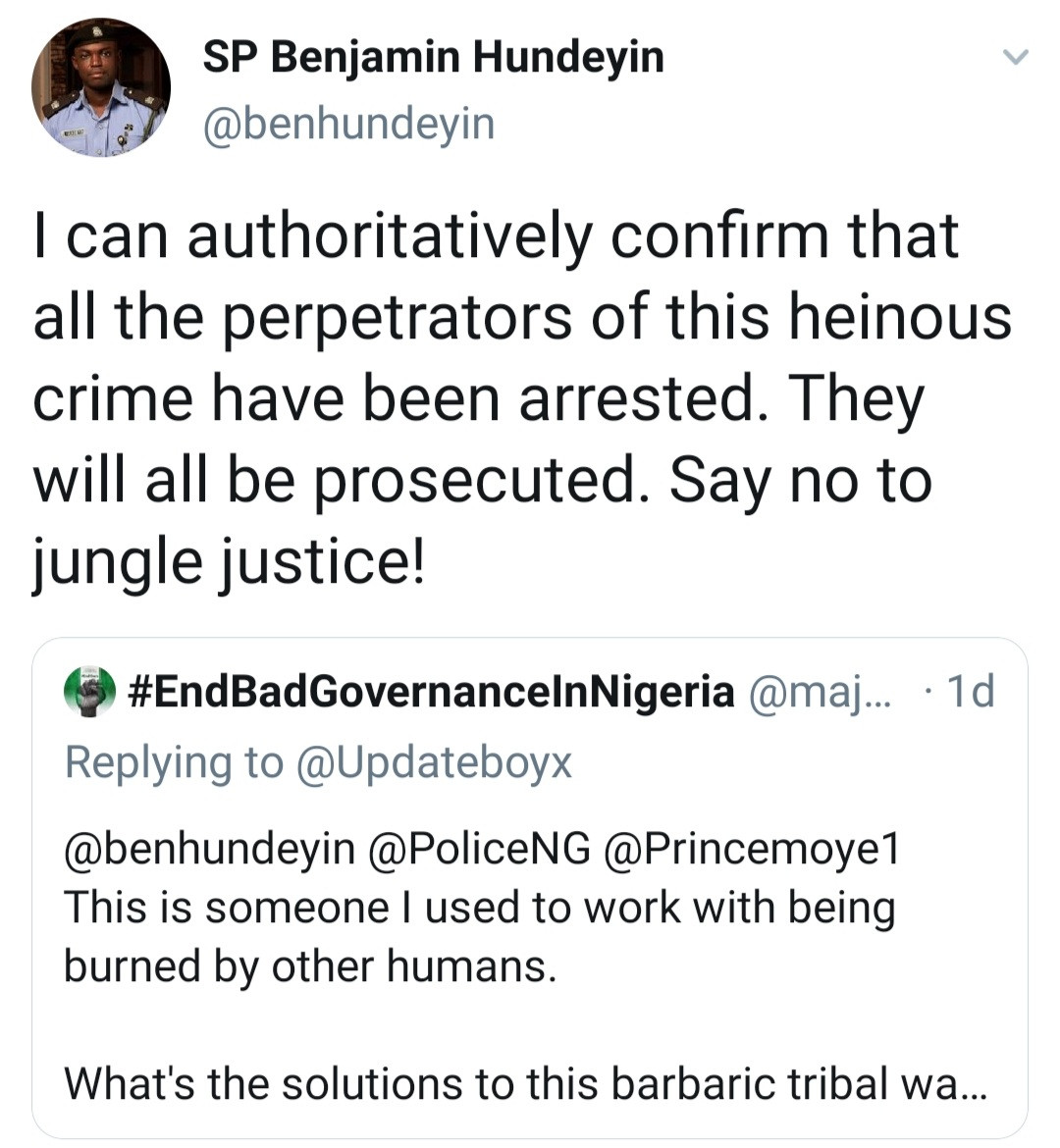 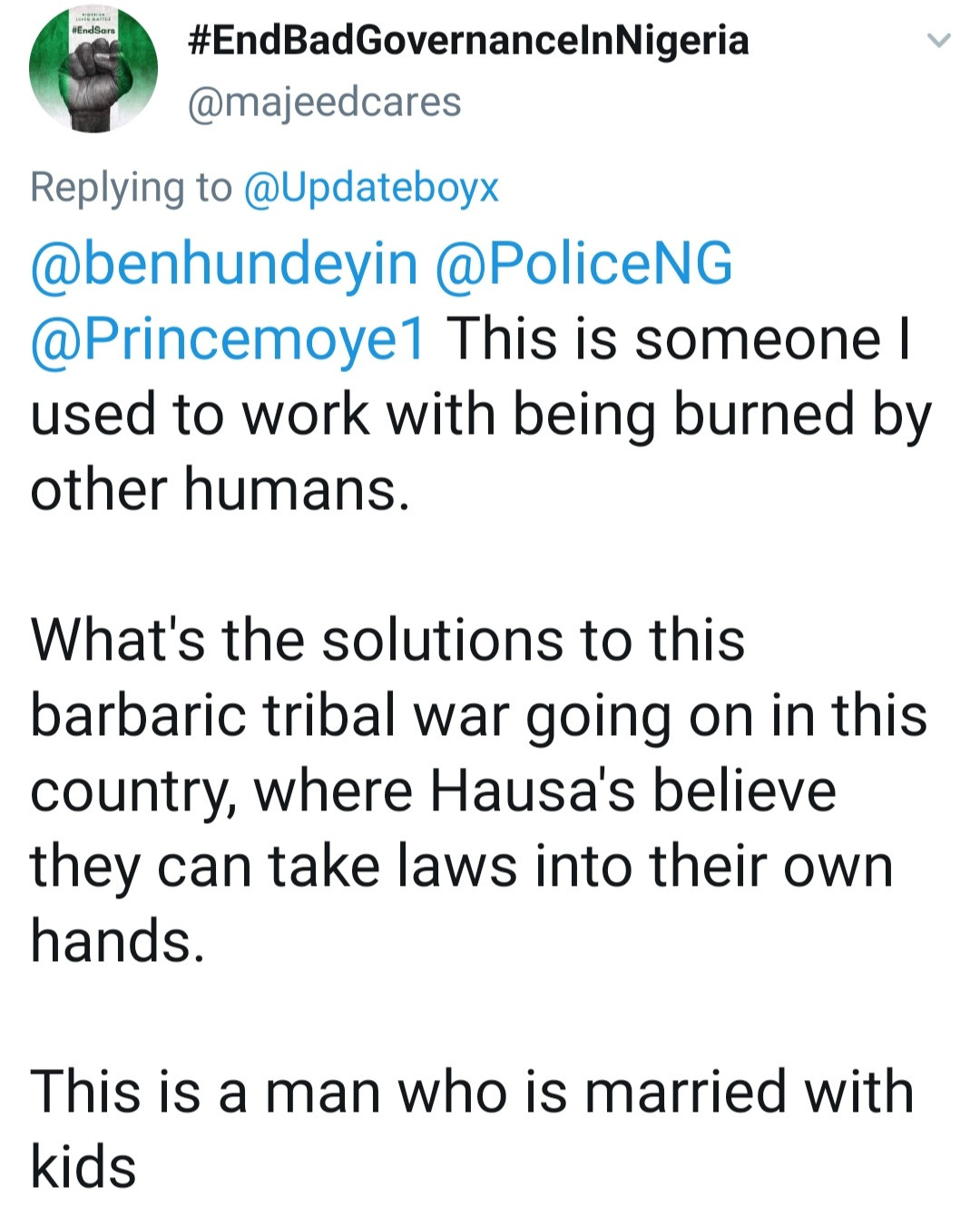 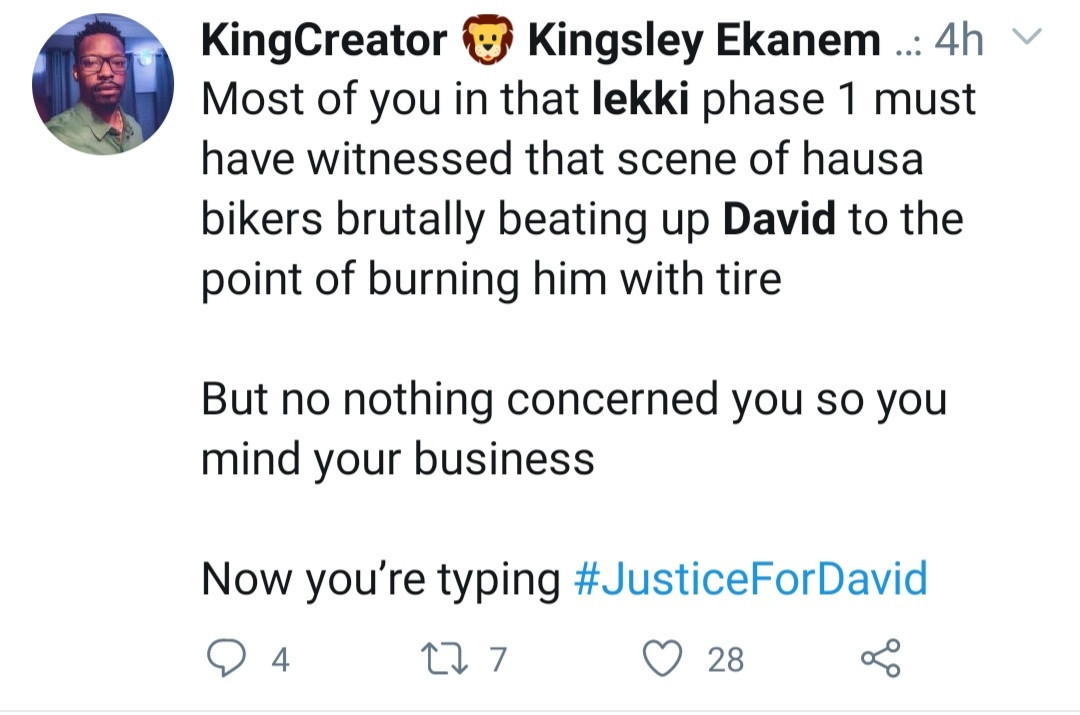 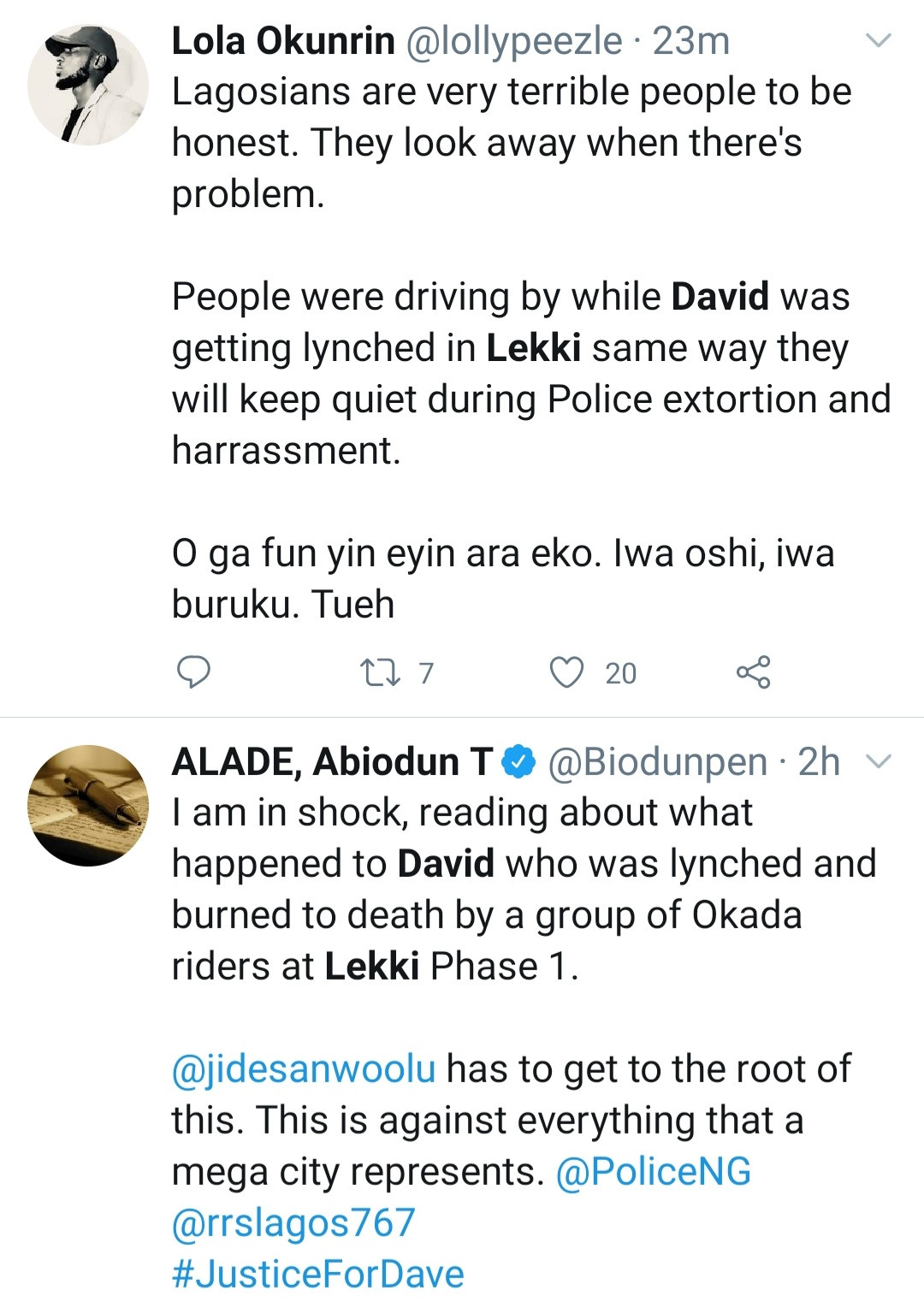 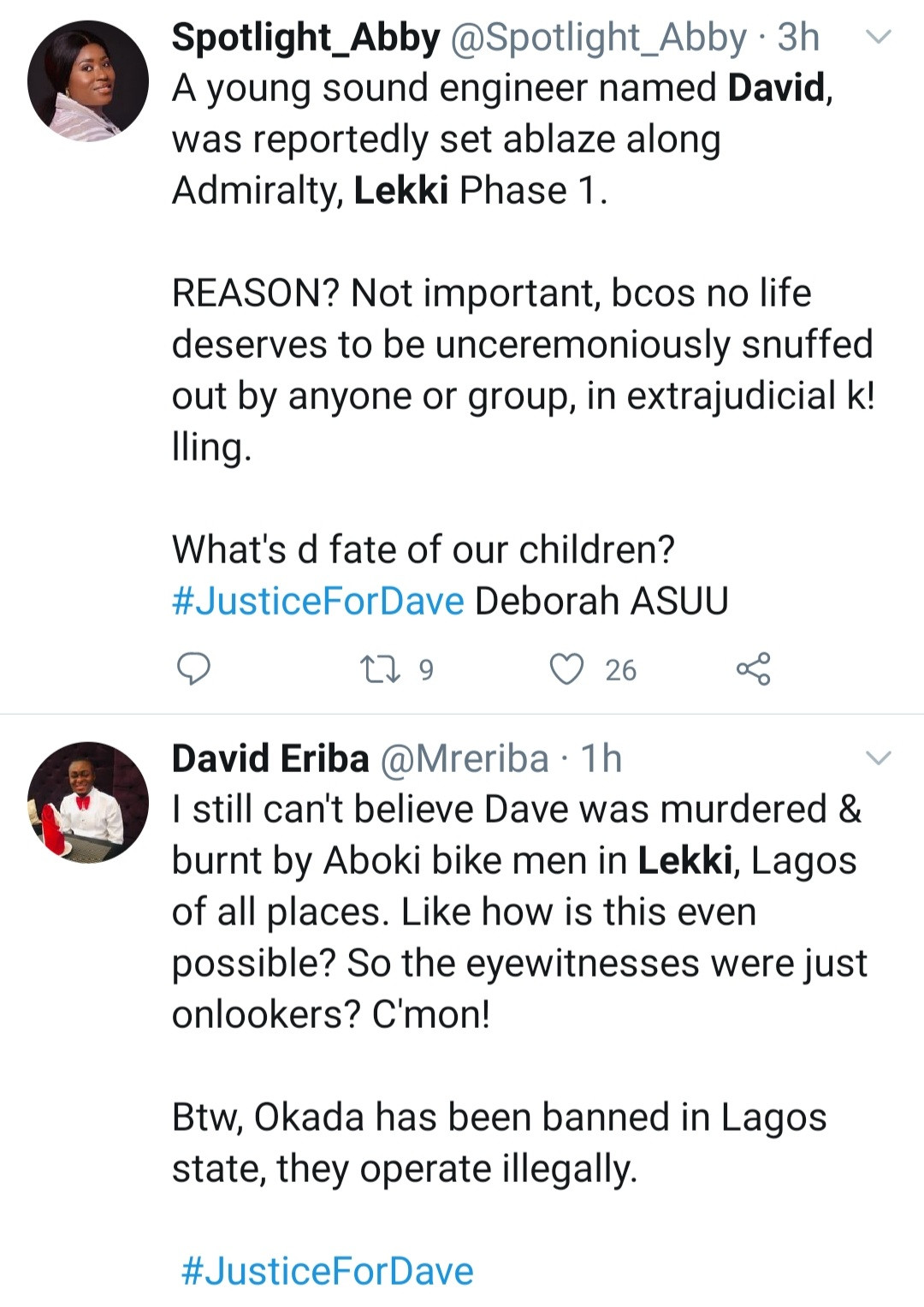 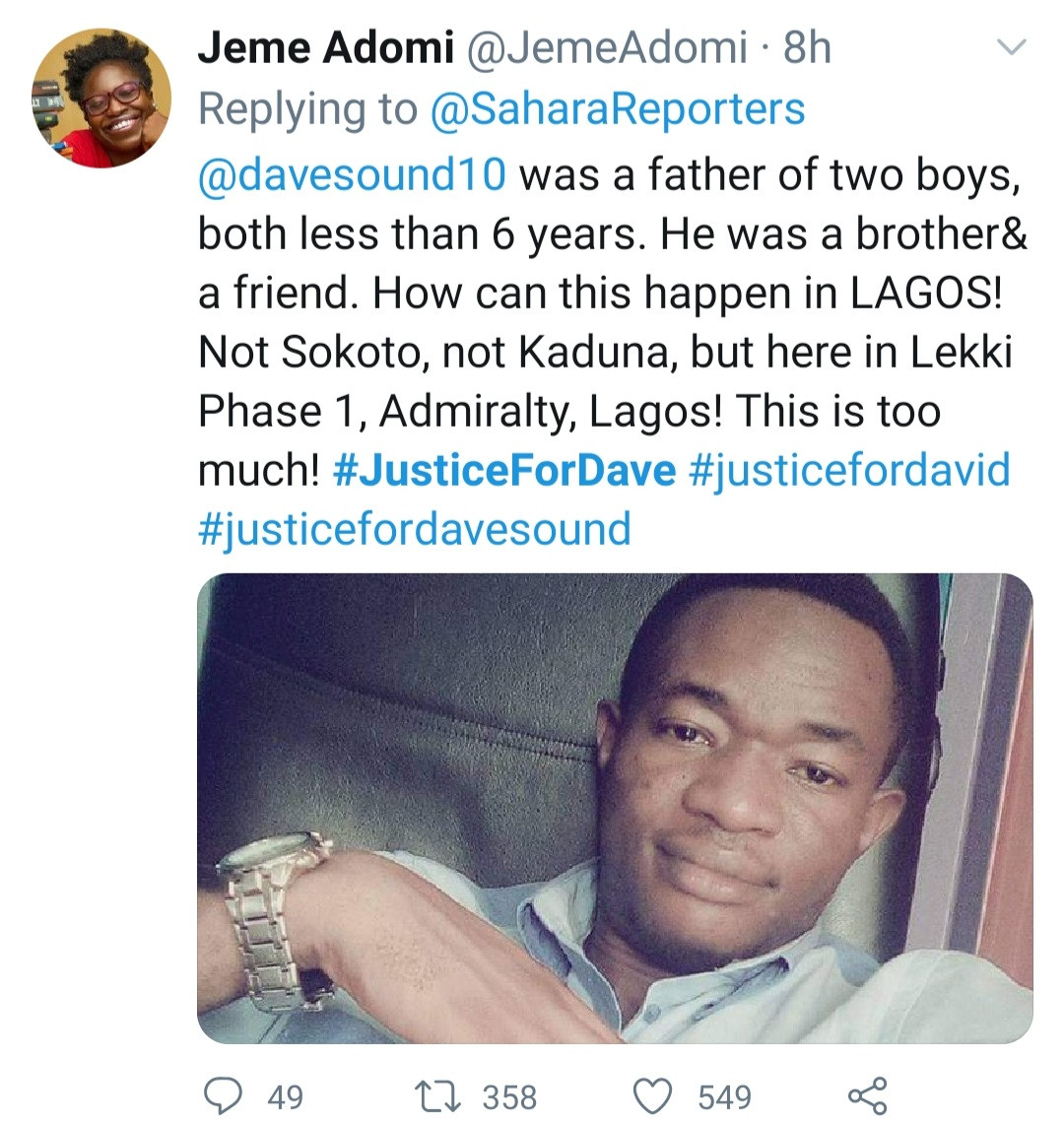