American actress, Amber Heard is speaking out about her ex-husband, Johnny Depp‘s victory in his defamation suit against her on Wednesday, June 1.

Heard, 36, had alleged Depp physically and sexually abused her. However Depp repeatedly denied the claims and sued her for defamation.

A panel of seven in Fairfax decided to award the Pirates of the Caribbean star a total $15 million in damages after deliberating for about 13 hours. The judge, however, reduced the $5million punitive damages he could receive to $350,000 because Virginia law caps punitive damages in these cases at $350k.

Depp was not in court on Wednesday for the ruling as he was in the UK on tour with guitar legend Jeff Beck.

Taking to Instagram to react, Aquaman star, Heard said she is disappointed and sad as the verdict is a ‘set back’ for women’.

The disappointment I feel today is beyond words. I’m heartbroken that the mountain of evidence still was not enough to stand up to the disproportionate power, influence and sway of my ex-husband,”

I’m even more disappointed with what this verdict means for other women. It is a setback. It sets back the clock to a time when a woman who spoke up and spoke out could be publicly shamed and humiliated. It sets back the idea that violence against women is to be taken seriously,” she continued.

“I believe Johnny’s attorneys succeeded in getting the jury to overlook the key issue of Freedom of Speech and ignore evidence that was so conclusive that we won in the U.K. I’m sad I lost this case. But I am sadder still that I seem to have lost a right I thought I had as an American — to speak freely and openly,” 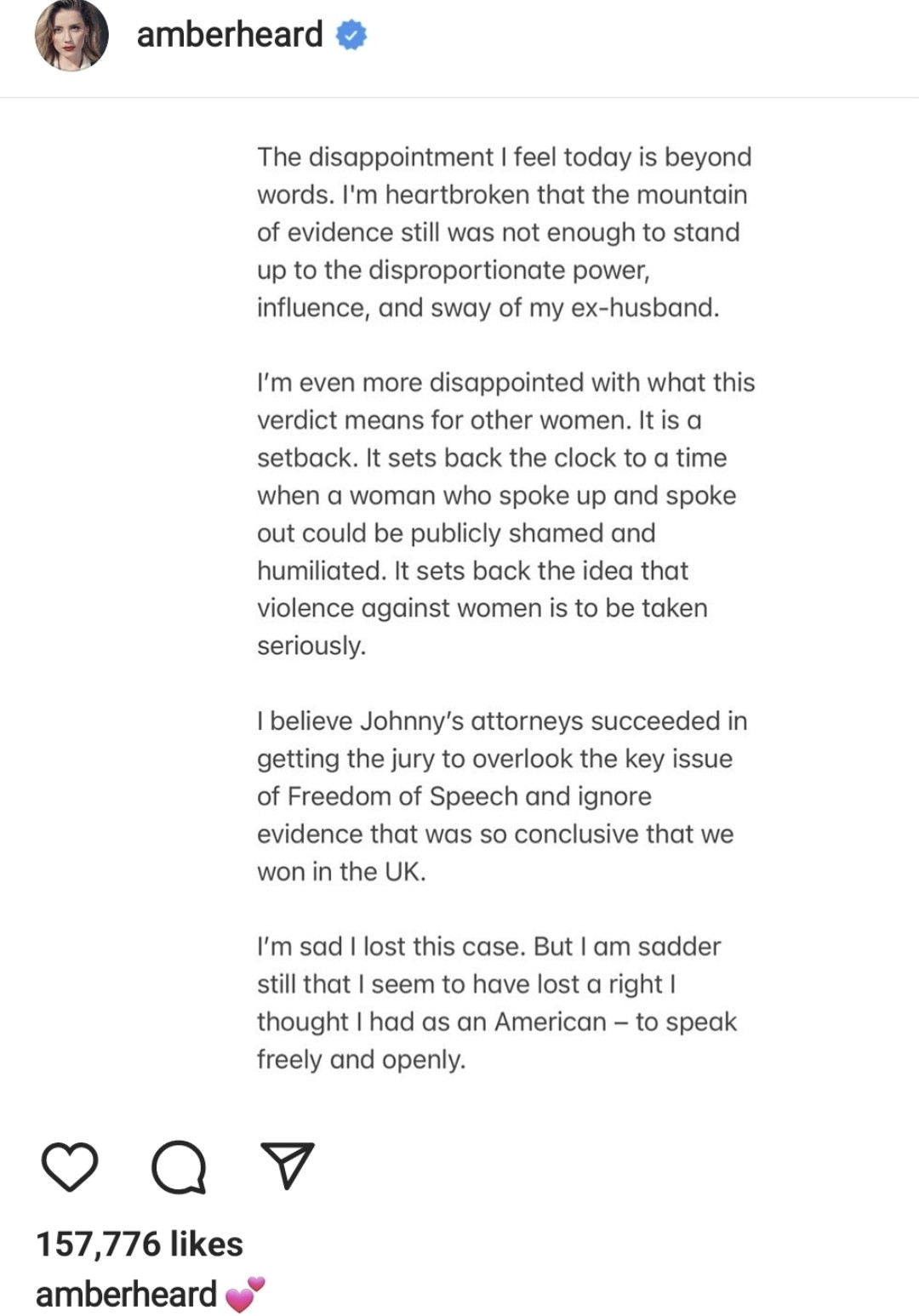 Related Topics:Amber Heard
Up Next

DO YOU AGREE? Anyone Who Chooses To Go For Cosmetic Surgery Is Insecure – Bbnaija’s Alex