Annie Idibia, the legendary Nigerian singer, 2Baba, has blasted a fan who advised her to divorce her husband so she can heal from the problems she has faced in her marriage.

According to this IG user, it is time for Annie Idibia to heal and has to divorce 2Baba for that to happen.

She believes the singer went too far having not just one, or two but rather four kids with another woman while he was still with her.

However, Annie corrected the fan saying that all the children were born before the singer proposed to her.

She further recounted that he had his first child during their breakup. 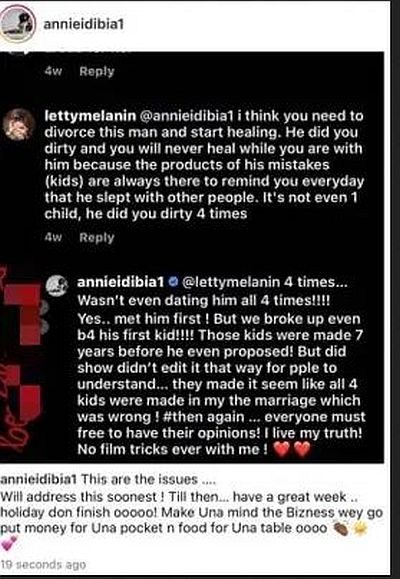