Nigerian comedian and actor, Bright Okpocha popularly known as Basketmouth, has reacted after he was compared to a dog on social media.

A mischievous social media user went as far as making a collage of the comedian’s picture alongside the dog’s to emphasize the alleged resemblance.

The 43-year-old comedian got wind of the viral meme and took to his Twitter page to express displeasure with the curator of the meme.

He placed a curse on the person and threatened to deal with him/her if he catches them.

“The hater that did this will not find peace..I’m coming for you, lemme find fuel 1st… max 2 months. You’re mine” 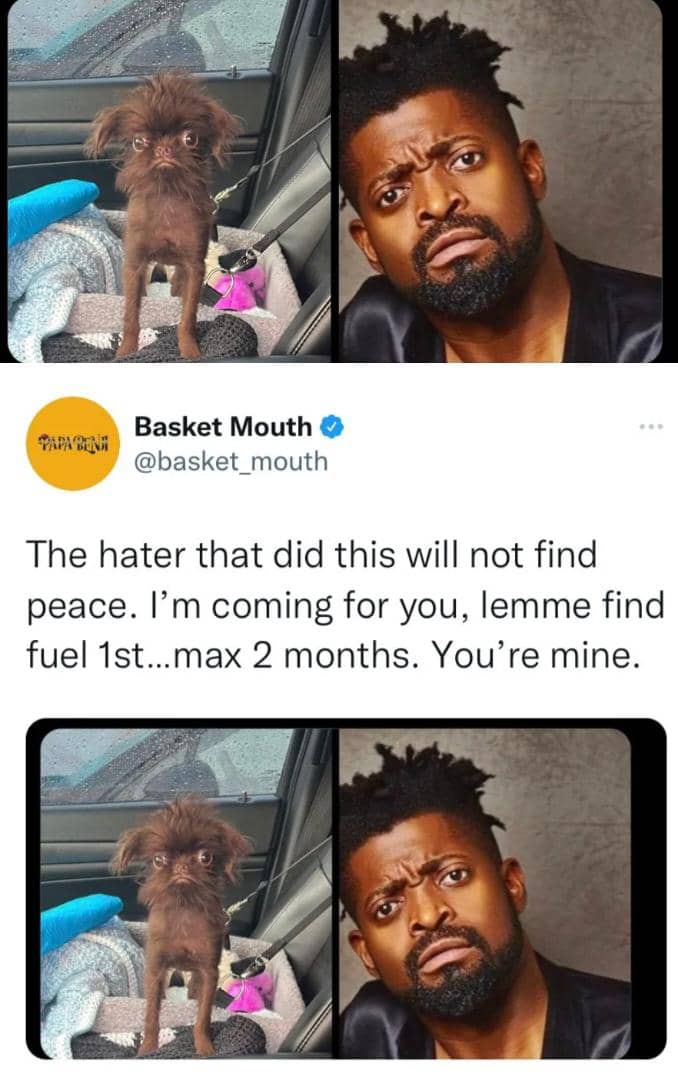 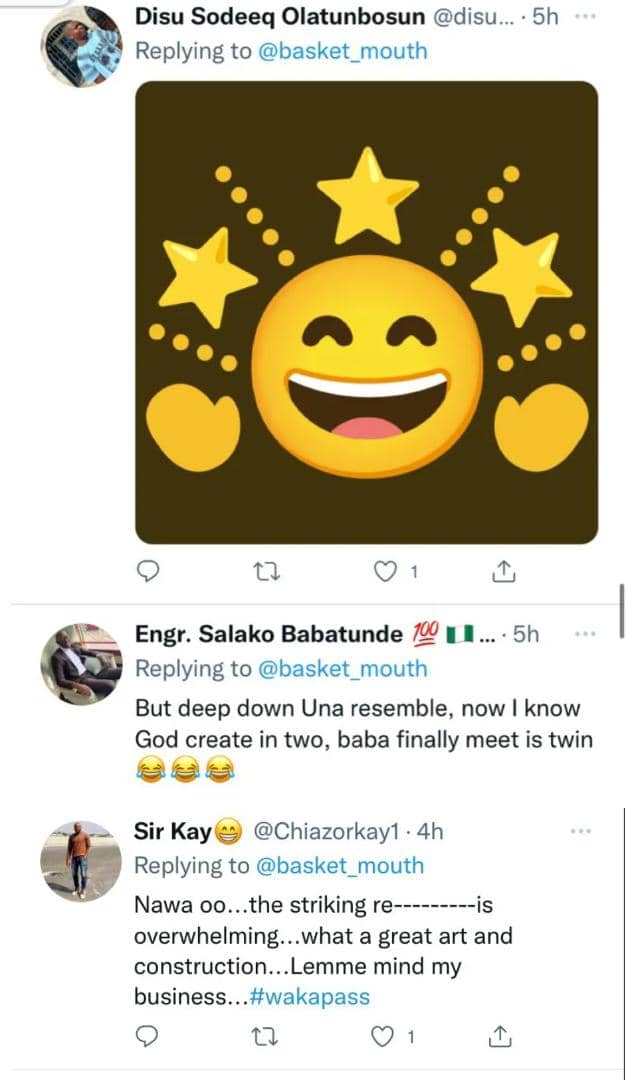 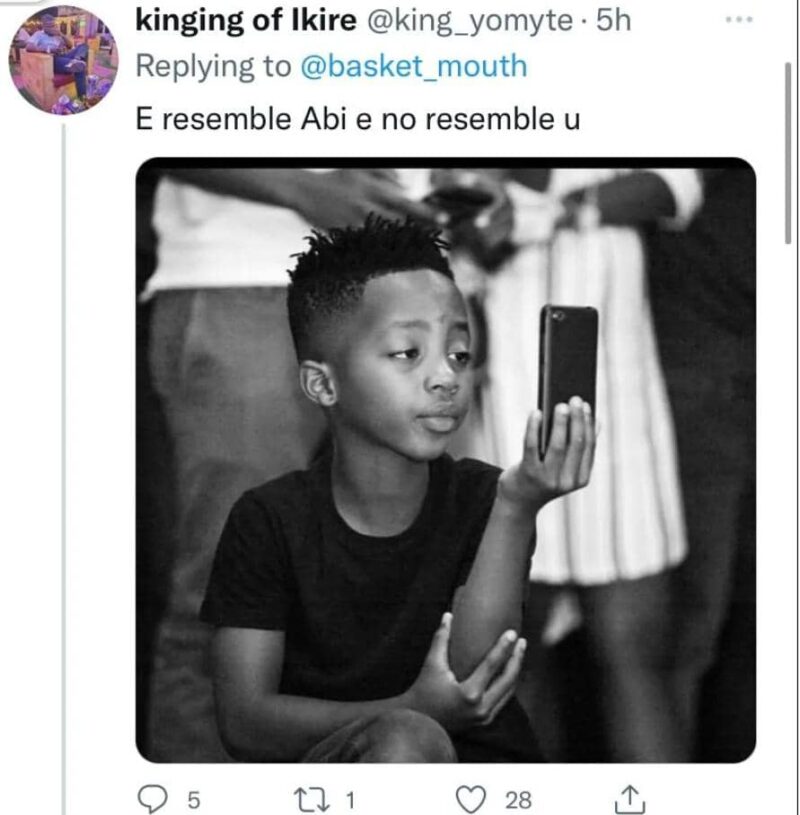 He placed a curse on the person and threatened to deal with him/her if he catches them.

However, his tweet further fueled the notion that he looks like the dog as his followers opined that there’s a visible resemblance between them.

BBNaija: ‘It Was Just Aggressive Smooching’, Khalid Says As He Denies S*x With Daniella (Video)

JUST IN: LAUTECH Calls Off Strike