Many fans have reacted to the video of Tega and Boma under the duvet as the pair seemed to have sex, with many viewers of the show rebuking the female housemate for engaging in the act despite being married.

In the video which has since gone viral across the internet, the two housemates could be seen under the duvet in what appeared to be some rhythmic movements of two adults getting steamy with each other.

Fans of the show have been pouring out their thoughts over the action of the duo, especially Tega who is reportedly a married woman.

While some blamed Boma for taking advantage of a married woman, others slammed Tega for doing such a on national Tv.

It is not certain if they had sex, as the viral video only showed them kissing and making some suggestive movements under the duvet. 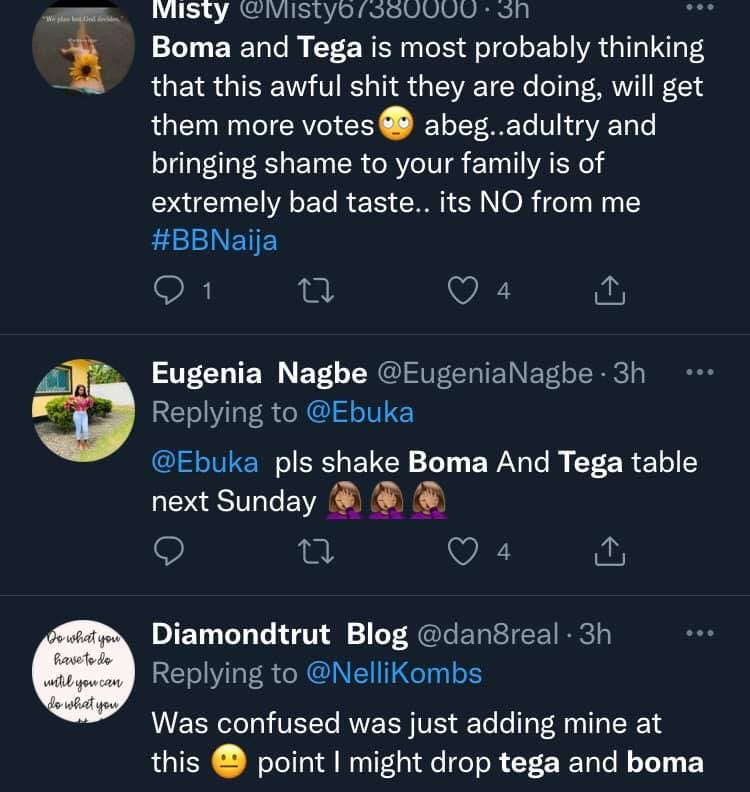 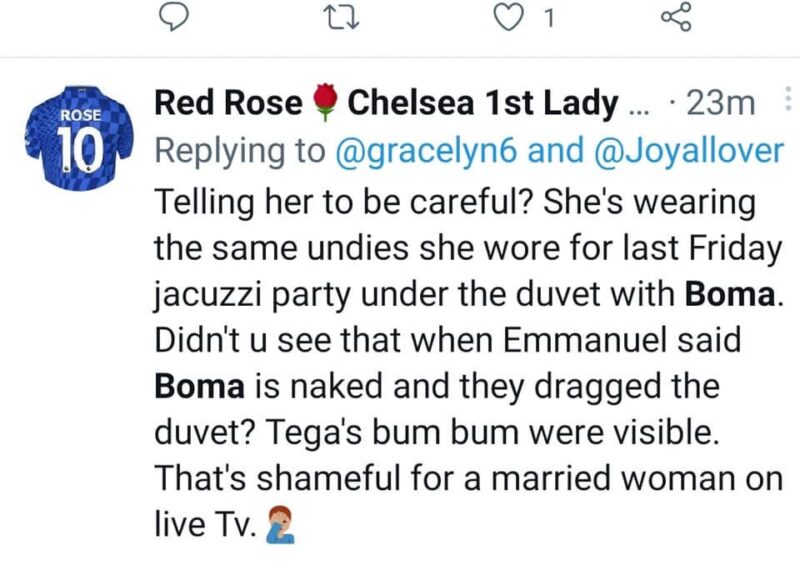 Recall that Tega’s husband recently disclosed that he cheated on his wife and deserves whatever she does in the house.

Tega on her own part has revealed what her reaction would be if her husband ends their union after she is out of Biggy’s house.

BBNaija2021: ‘She has every right to cheat on me’- Tega’s husband reacts