A video making rounds online capture the moment a ‘slay queen’ was spotted hanging on the back of a commercial bus which was in transit.

The scene was captured on tape early in the morning in the Ikeja area of Lagos state. 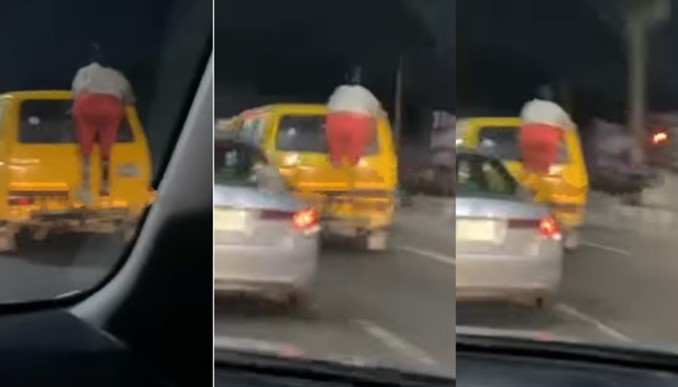 Although it looks like a lady from a distance, a closer inspection of the footage shows that it is actually a jester dressed in female clothes.

The Lagosian stayed glued to the back of the bus while it was on high speed and manoeuvred through traffic.

READ ALSO:  Gumi should explain whether he's with bandit or Nigerians - Adamu Garba
Related Topics:danfolagos
Up Next