Businessman, Obi Cubana, has temporarily shut down his Abuja club, Hustle and Bustle after a female client was allegedly electrocuted in the club building.

”A young girl that went to Hustle and Bustle last night got electrocuted. So so sad!”

Another Twitter user @KhalidOshoke also shared the sad news saying the victim was a sister to his friend. 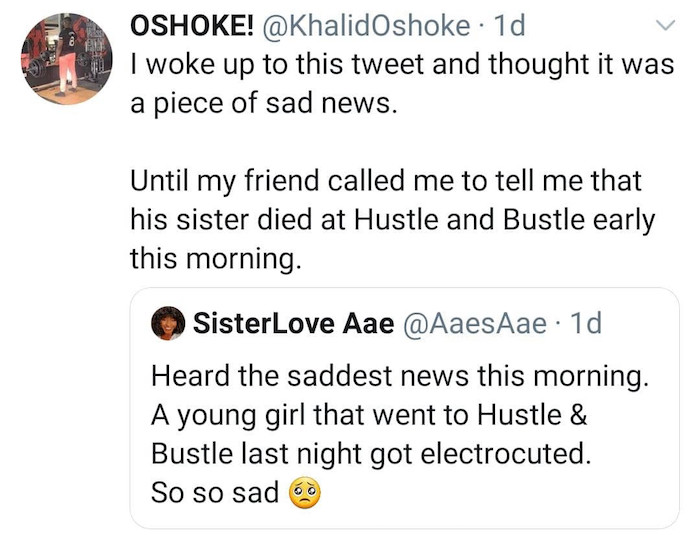 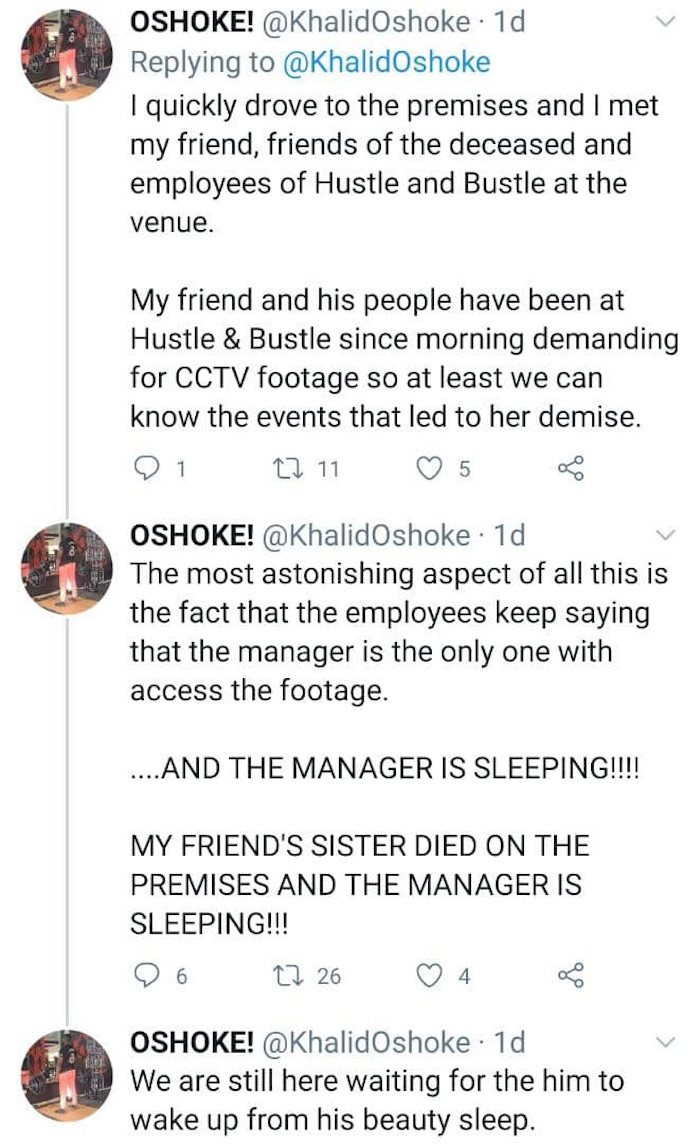 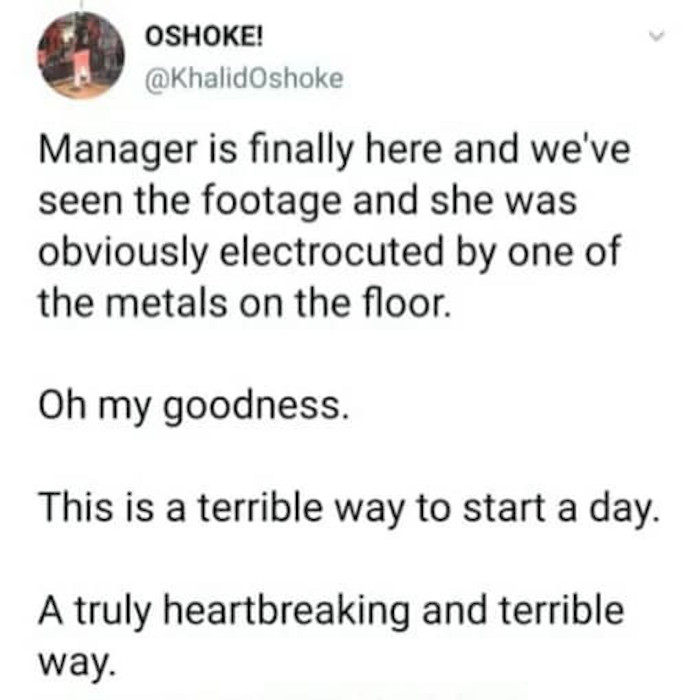 The club has released a statement saying it has shut down its operations till further notice following the death of its client. The statement was reshared on IG by Obi Cubana. 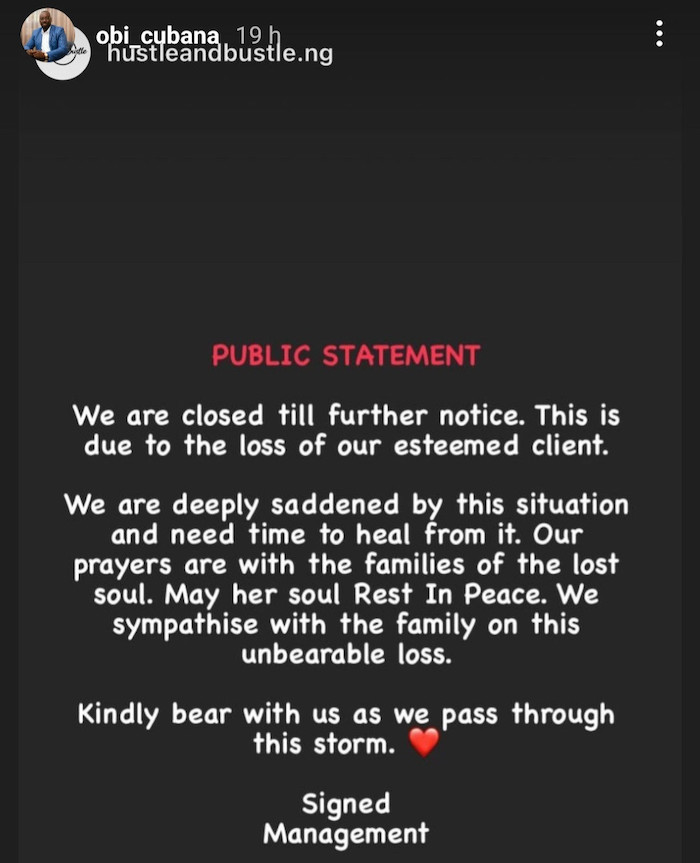 READ ALSO:  Obi Cubana Set To Give 300 Oba Youths One million Naira Each
Related Topics:AbujaObi cubana
Up Next