One Nnenna Kalu-Ude, a former chorister at the Commonwealth of Zion Assembly (COZA) has taken to social media to call out the Church’s Senior pastor, Biodun Fatoyinbo over allegations of exploitation and owing church workers’ salaries.

Naijassador that Pastor Biodun Fatoyinbo was in 2019 accused by photographer Busola Dakolo, wife of singer Timi Dakolo, of raping her in her teenage years when she was a member of the church. The preacher stepped down for a while from the pulpit due to the dust raised by the allegations.

Only for Kalu-Ude to turn up last night on social media and accuse the pastor and his wife Modele Fatoyinbo of being responsible for the death of her friend, Tega, who was also a chorister, saying she was maltreated.

“Dearest Tega, your death was so unnecessary but it will not go unchecked or unpunished. I’m so broken,” Kalu-Ude wrote.

“@BiodunFatoyinbo @ModeleFatoyinbo @BnbLadies and all your sycophants who move at your command. Stanley Oseji, Demola Adetuberu, Ayo Ayinde, Tayo Fatogun, and every other cohort. Jehovah’s judgment will not pass you by.

“People may not speak because they are afraid of you, I don’t blame them. I was like them too. But I’m no longer afraid. I left my fear by your gate on the day of my last worker’s meeting in your cult.

“I’ve never seen such cruelty; not paying workers’ salaries for months but expecting them to still show up every day. Driving them out of the house even to point of nearly putting Catherine on the streets. Clearing the entire house of every furniture and appliance so that those that were still left would leave.”

The ex-chorister further accused them of “playing mindless, devilish games” that could only have come through “inspiration from demons.”

See the posts below: 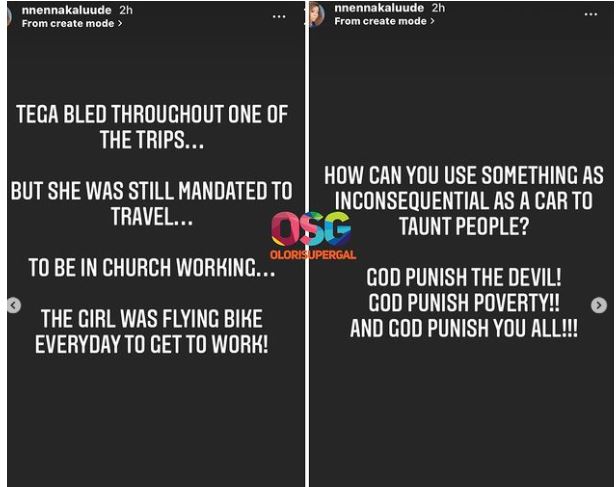 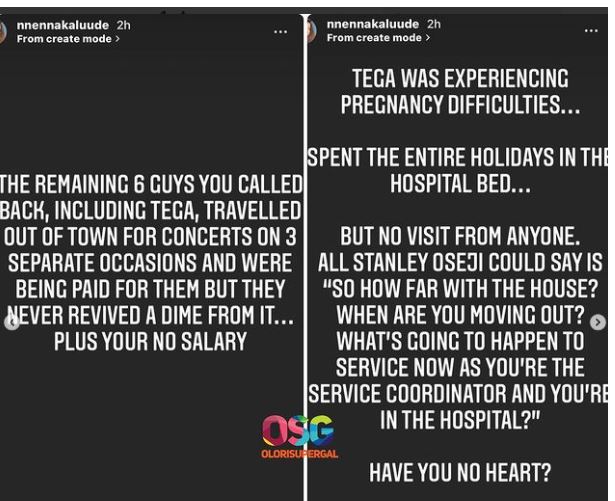 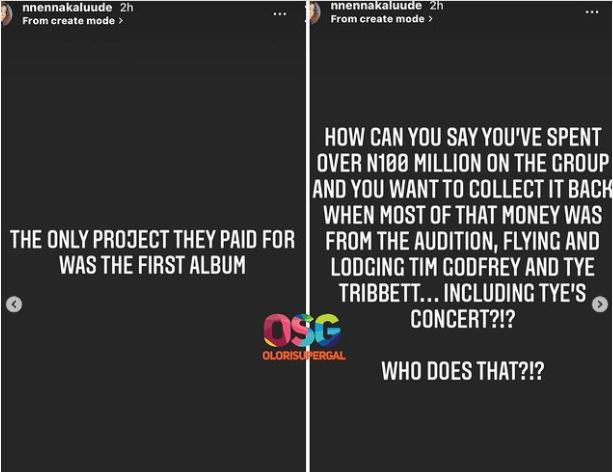 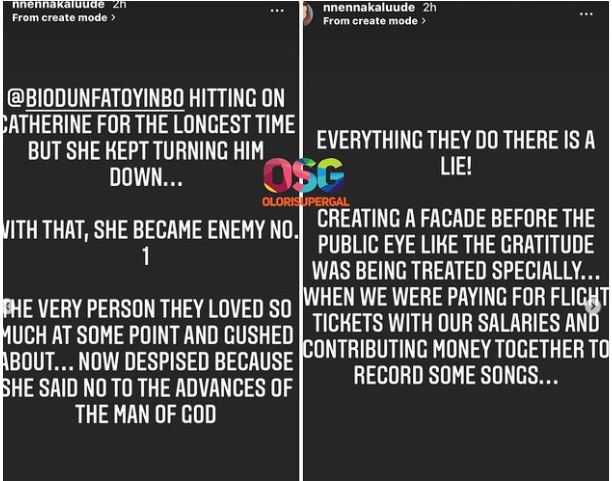 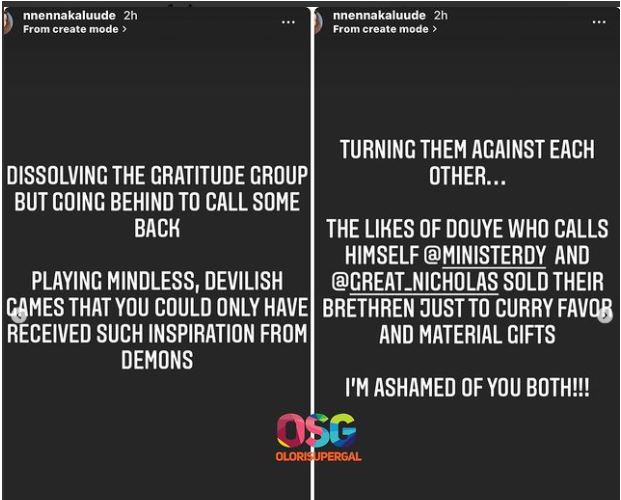 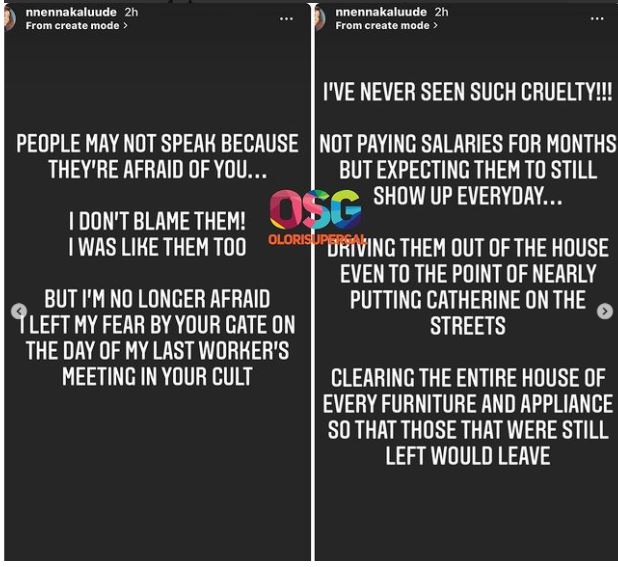 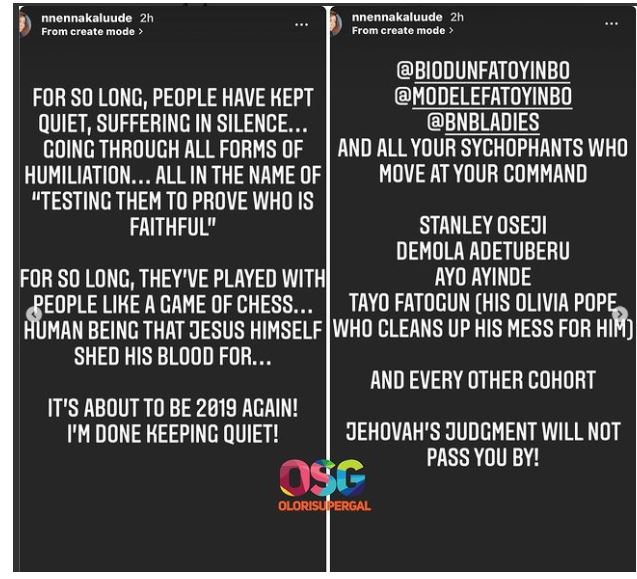 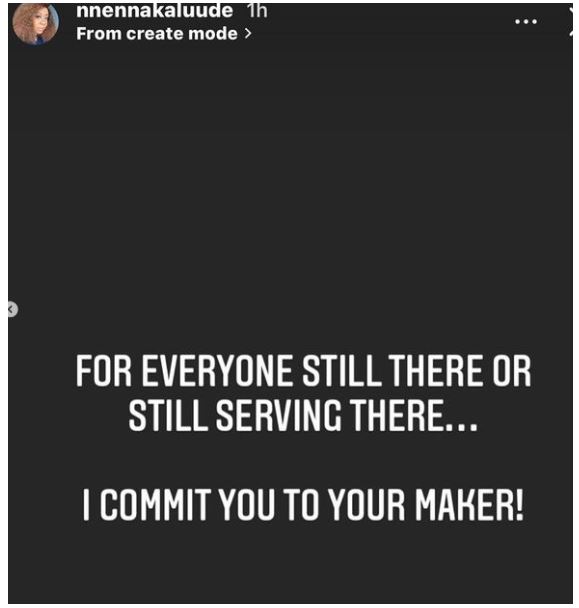 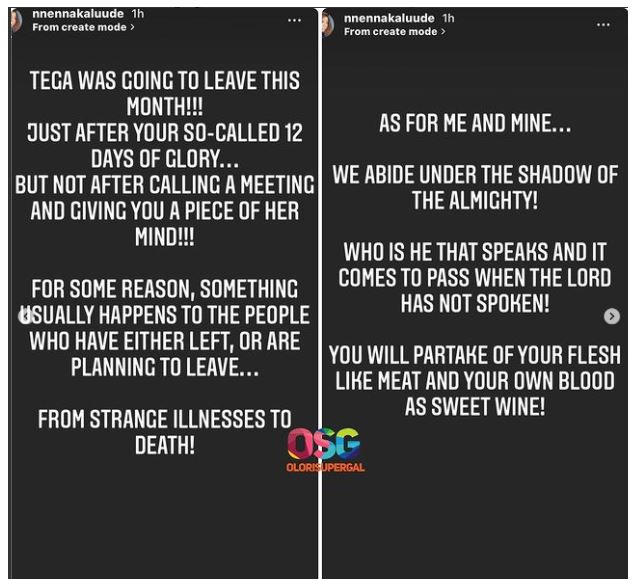 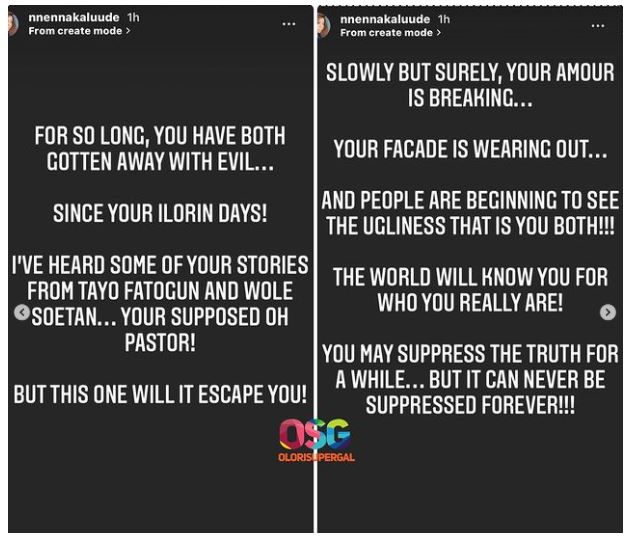 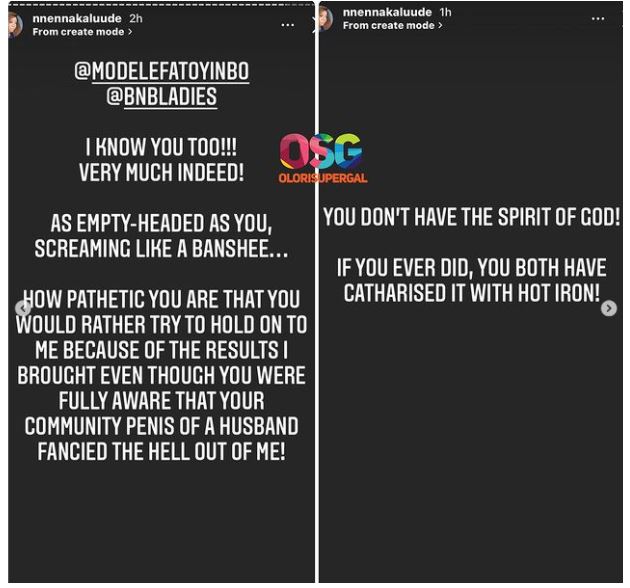 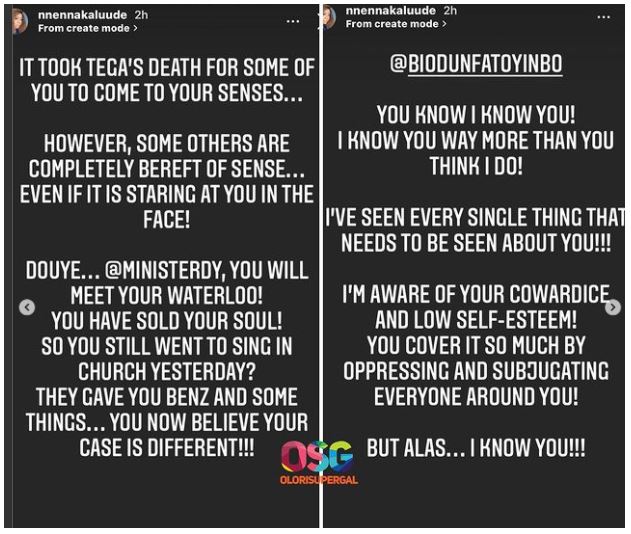 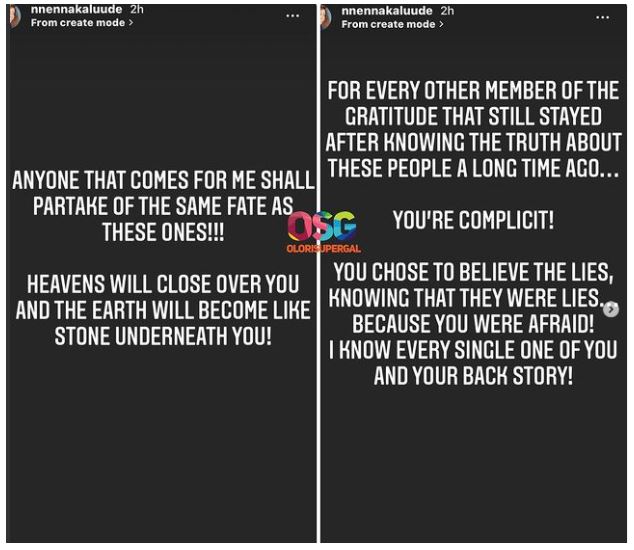