Recall yesterday the Fem singer set tongues wagging with his purchase of a Lamborghini Aventador he spent a whopping #250 million on. As expected his acquisition didn’t sit well with some of his fans and anti-fans who felt Davido should have invested the money or better still use it to better the lives of the people in the society.

The bold ones had the audacity to ask him if he used the money he donated to Orphanages during his birthday celebration to buy the car.

Reacting to the bants and rants, Davido took to his Ig story to give a breakdown of how the #25O million will be disbursed among the orphanages.

According to hi,m. the verification is ongoing and the official report will be out by the 15th of Dec. There will also be a press release by the 20th of  Dec on the selection and disbursement.

He also revealed that the National Association of Orphanages is helping with the verification process to help prevent cases of fraud. 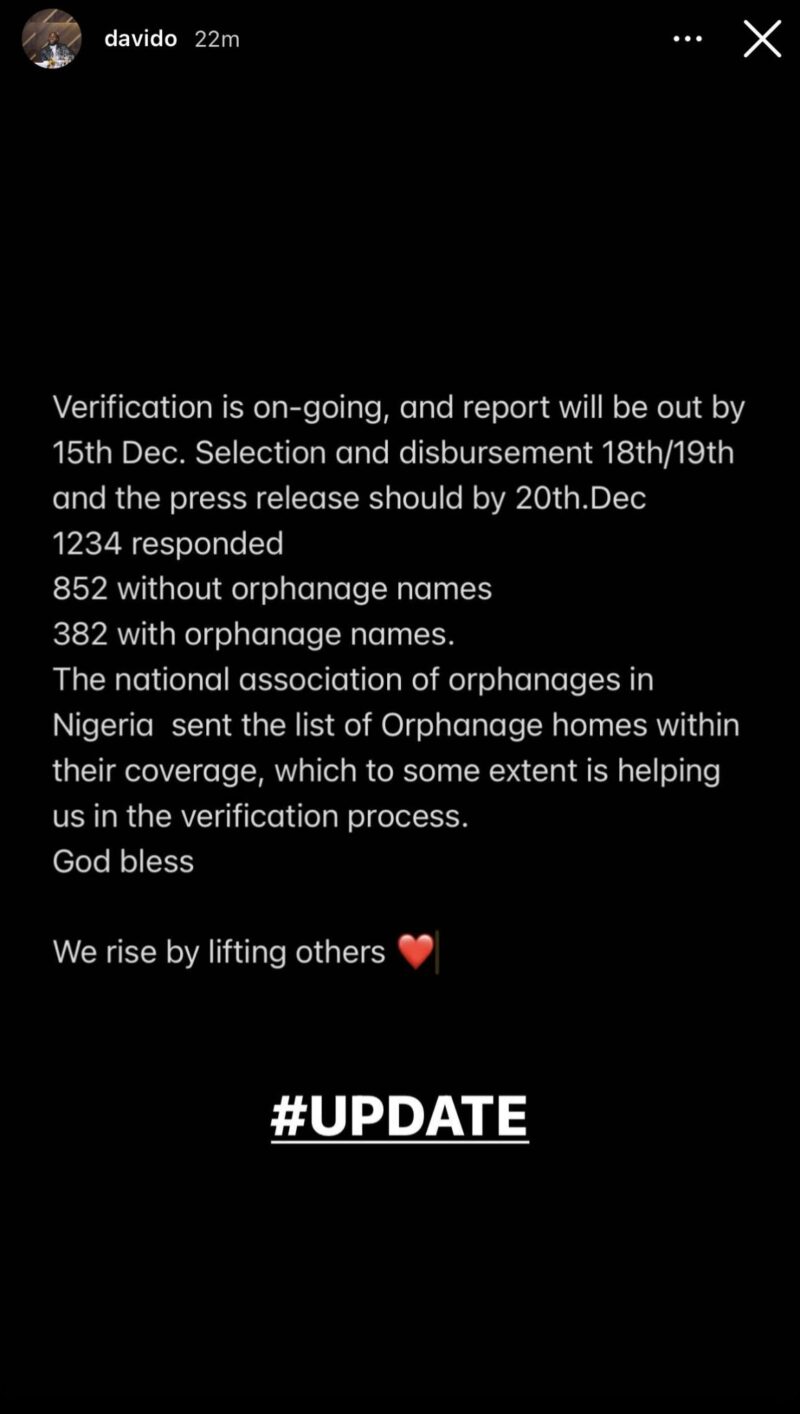 Why Tope Alabi Didn’t Want Me To Be A Musician – Daughter, Ayomikun Speaks Out