The England Football Association has confirmed that after losing to Italy in the Euro 2020 final on Sunday, racist trolls attacked Marcus Rashford, Jordan Sancho, and Bukayo Saka online.

All the three players missed from the spot as the Italian team won 3-2 in a penalty shoot-out after the final game ended in a 1-1 draw after extra time.

All three players suffered racist abuse on the internet over their failure to convert the penalty kick.

In a statement, England Football Association condemned the racist abuse, before stating that they ‘stand with our players”

The football body released a statement on Twitter, which reads:- 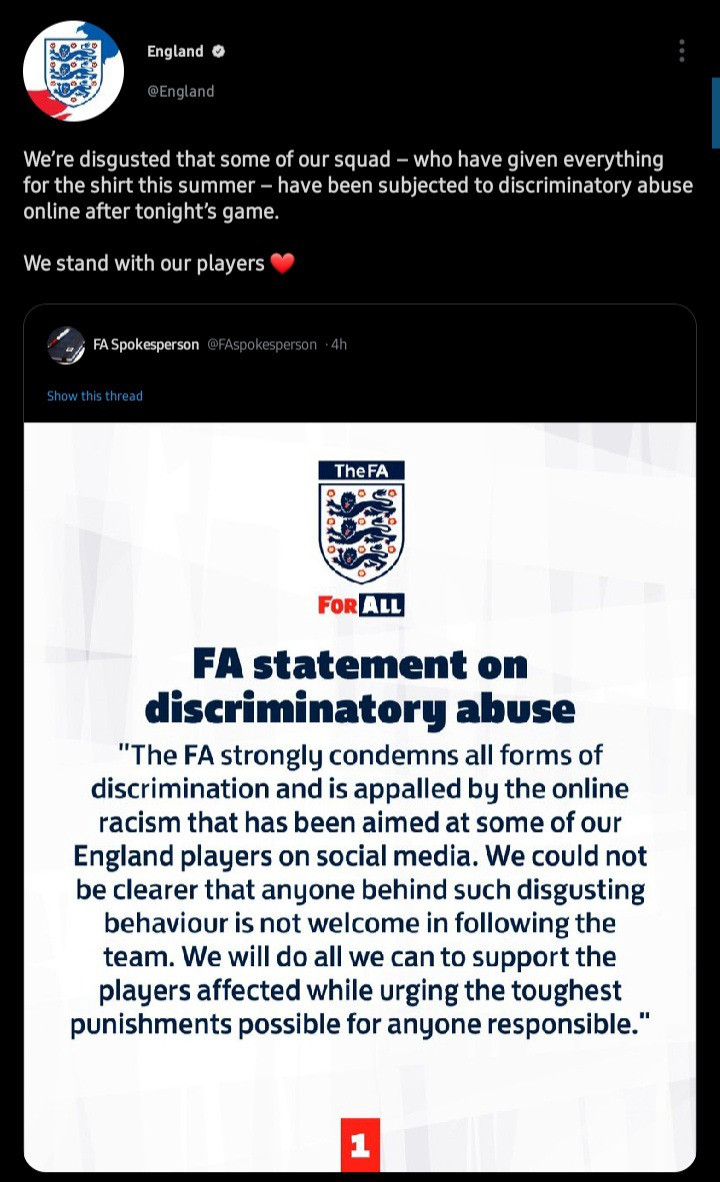 I Have Won More Titles Than Messi, Ronaldo – Jorginho

Singer Cardi B Could Face 4 Years In Prison ( See Details)