The Twitter user posted a picture of both media personalities and wrote that Ebuka needs to step aside from his current role as the host of the Big Brother Naija show, which is about to begin its sixth season.

The former Who Wants To Be A Millionaire TV host also added that Ebuka’s position should not be threatened because he has held it for just three years.He support him to continue with the show and Compare him with WWTBAM host that did it for 13 years 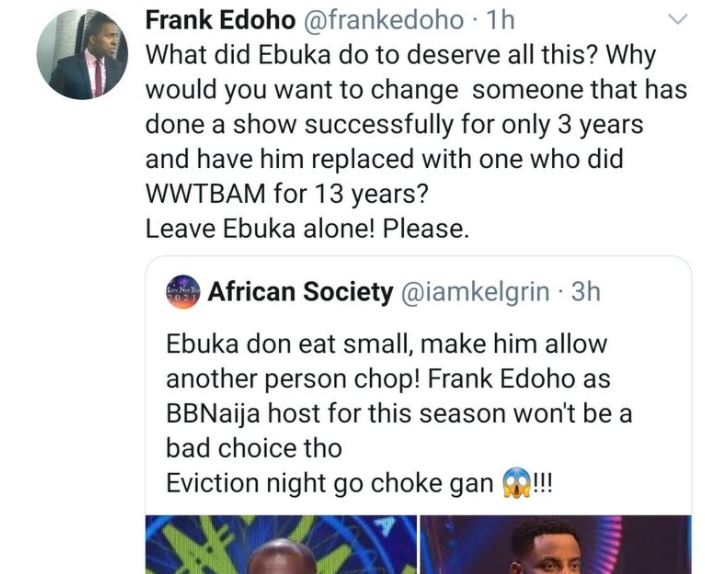