Nigerian twerk Queen, Jane Mena has revealed that she has been enlightened on the reason why some ladies don’t show off their spouses.

In an Instastory post she shared, the dancer who has been dealing with a “sex tape” controversy with actress Tonto Dikeh and Prince Kpokpogri, noted that women make such decision not because social media will destroy their relationship, but because some “miserable, sad and lonely” people do not like anything that makes one happy.

To every lady who do not show off their spouse, I understand you now.

IT’s not because social media will destroy it, it’s because miserable, sad and lonely “not by choice” people do not like anything that makes one happy UNLESS they are happy and it rubs off on you somehow.

I’m a very young girl and i am making a lot of changes to my life. But it’s still the Audacity for me.

If I lose anything or anybody, It’s because it’s not suppose to be there in the first place.

Thank you lord for the wisdom and attention. 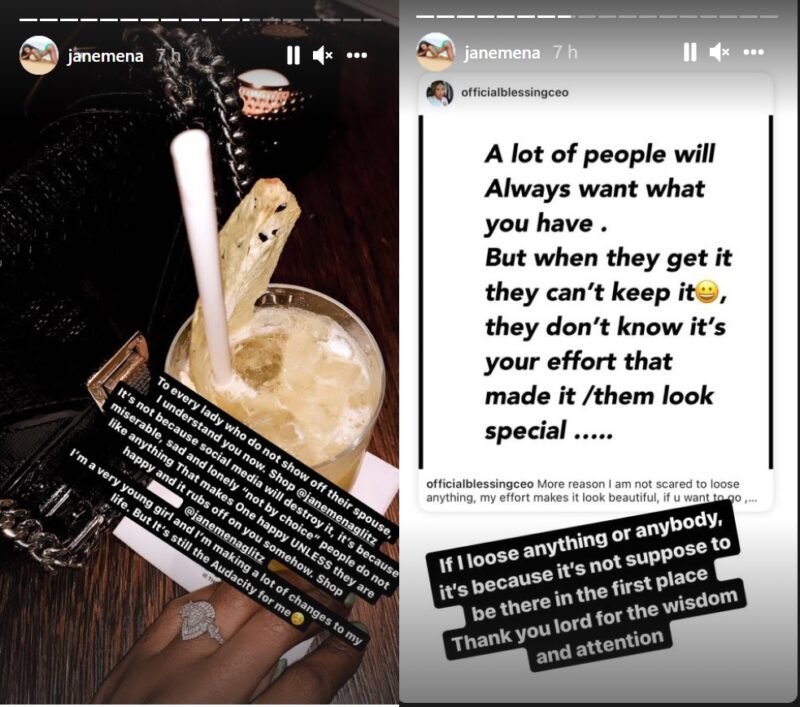