I sincerely don’t want to believe this at all but it’s beginning to look like a curse is following Guardiola.

After last night’s defeat that sees Man City lose to Real Madrid despite Man City having the upper hand to qualify to the final – it’s beginning to look like Yaya Toure’s curse is really affecting Guardiola.

Immediately after the Match, Yaya Toure started trending heavily on Twitter and what everyone was saying was the issue between Yaya and his former coach Pep Guardiola.

Guardiola has had many chances of winning the Champions League

You all should go check the Records, Guardiola has had more chances of winning the Champions League than any team in the World lately but he keeps suffering defeat in the semi-final and even in the final. This is not looking ordinary again. 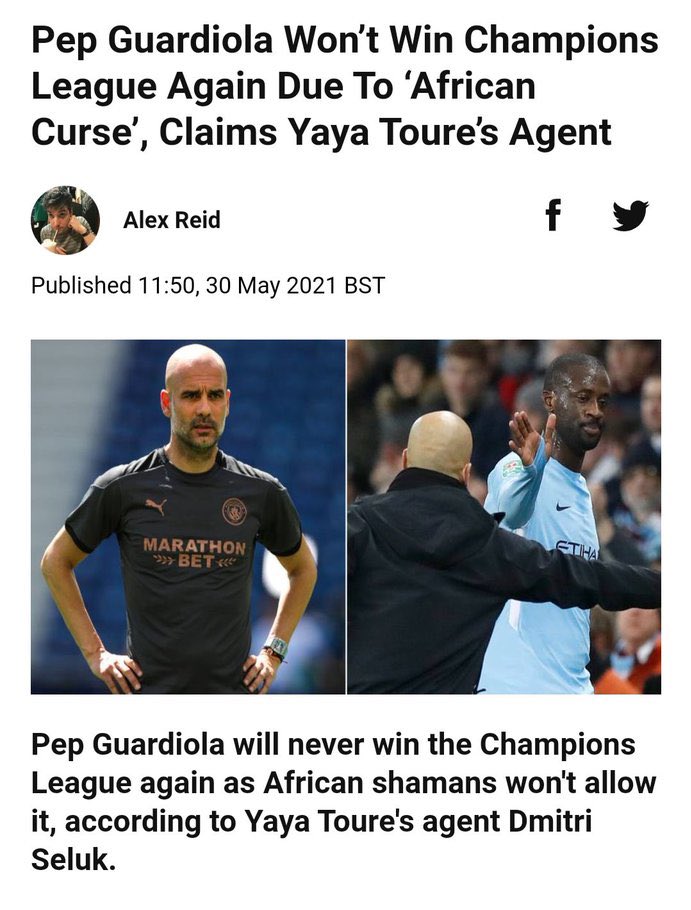 See the Tweets from some Football lovers 👇 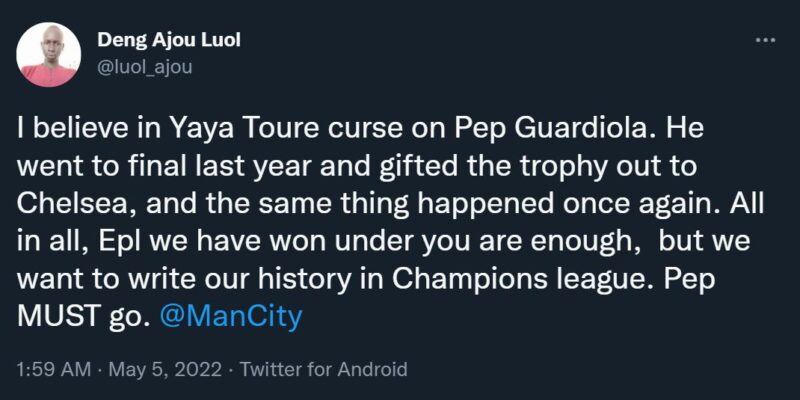 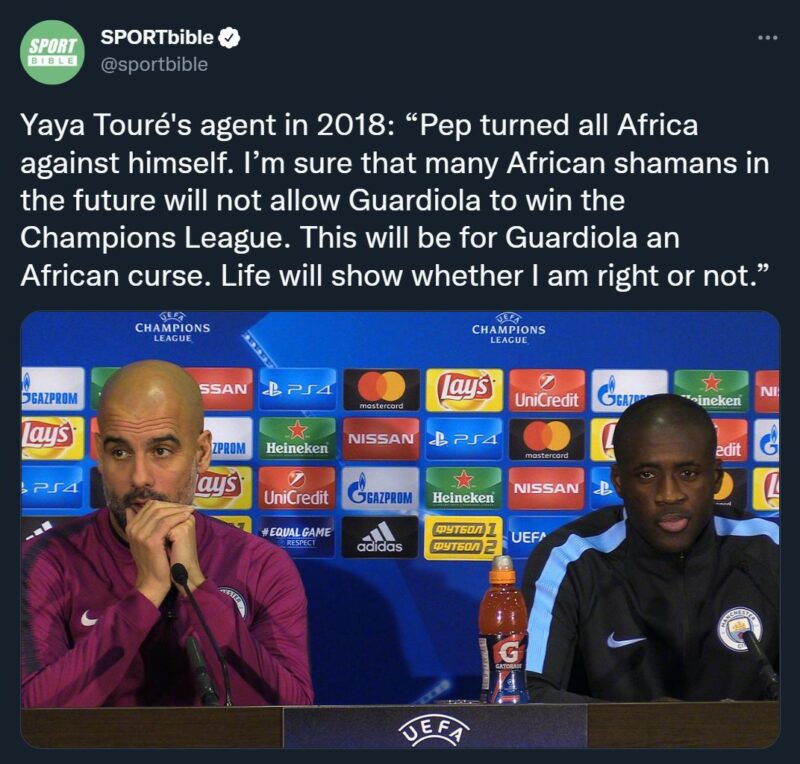 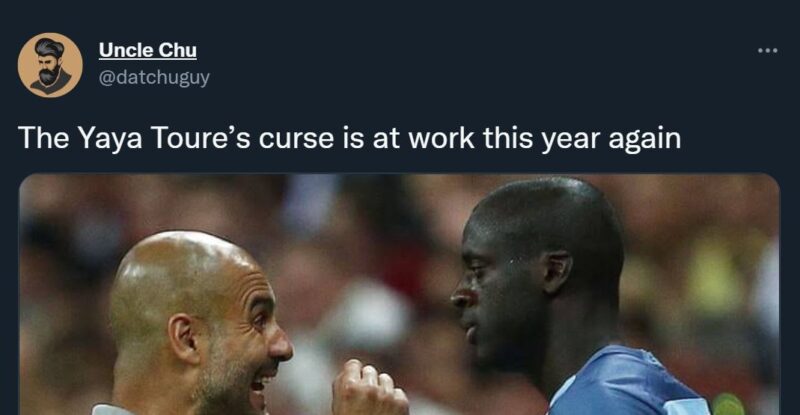 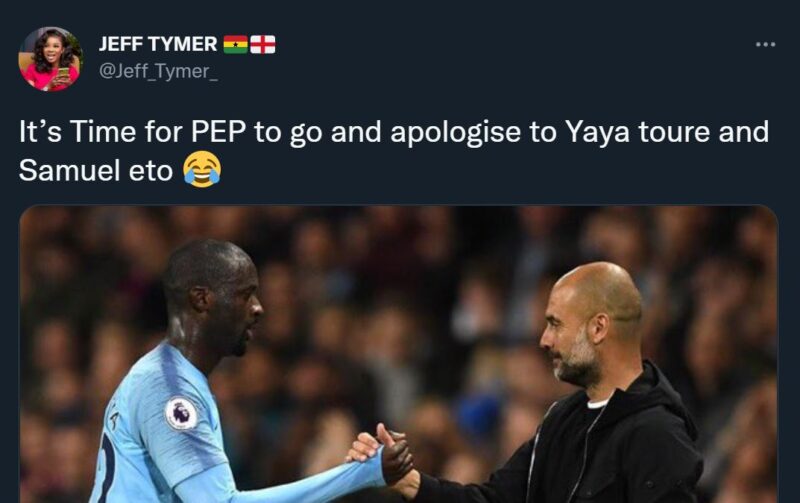 Now, you all saw that – right?

CHAMPIONS LEAGUE: Why We Lost To Real Madrid – Guardiola

UCL: To Be Honest – Salah Reveals Team He Wants To Play In Final