Men of the Kwara State Police Command, on Sunday, arrested two suspected ritualists and recovered fresh human heads and hands from them.

The spokesman of the state police command, Okasanmi Ajayi, who confirmed the arrest of the suspects said they were riding on a motorcycle when the operatives of ‘Operation Harmony’ accosted them.

He said the suspects who attempted to evade the stop and search exercise were chased and later arrested by the policemen.

“On interrogation, the suspected ritualists by name Wasiu Omonose ‘M’ aged 35yrs, of Abioye compound, Share and, one Akanbi Ibrahim ‘M’ aged 32yrs of Sayo street Share, stated that, they were taking the fresh human head and hands to an Alfa in Ilorin for ritual purposes,” Ajayi stated.

Ajayi said the suspected ritualists would be prosecuted as soon as the investigation into the matter was concluded.

The police spokesman restated the commissioner of police, Tuesday Assayomo’s warning to criminal elements to relocate from Kwara State, “as the police command would not fold its arms and allow criminals of whatever nomenclature truncate the peace and harmony presently existing in Kwara State.

“Any person or group of persons found in any manner attempting to initiate the breakdown of law and order in the state would be arrested and made to bear the full wrath of the law.” 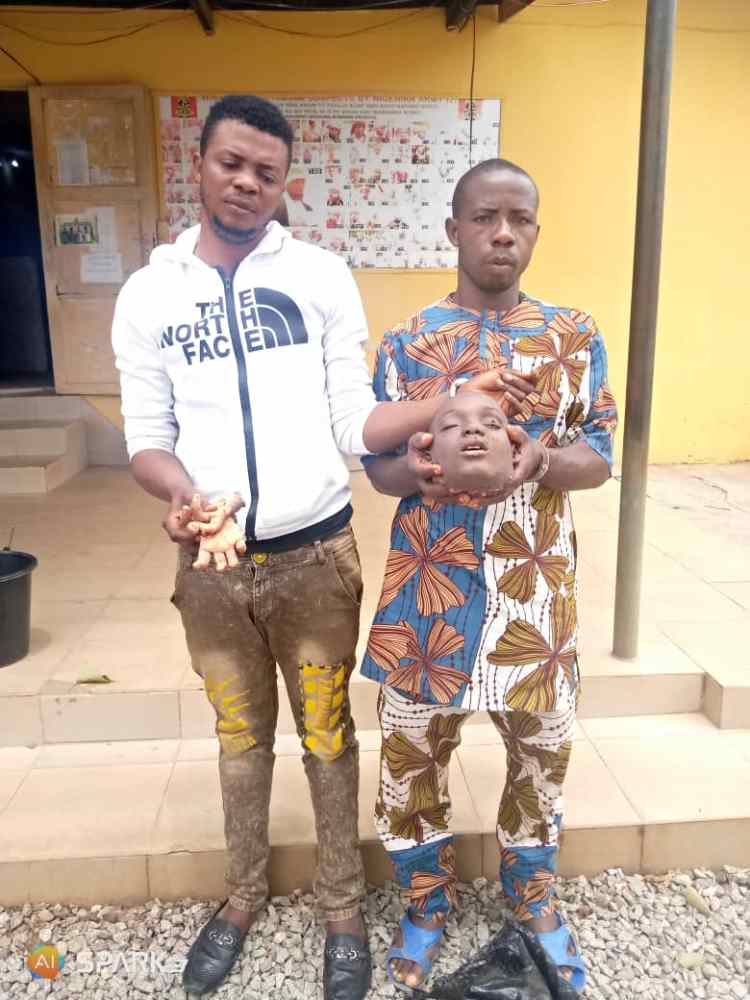