Legendary Golf player, Tiger Woods was involved in a single-car crash on Tuesday morning, February 23, in California, and was taken to a hospital, where he underwent surgery over multiple leg injuries.

An official statement has been released from Woods’ official account after the car crash, providing an update on Woods’ medical status after his surgery at Harbor-UCLA Medical Center. 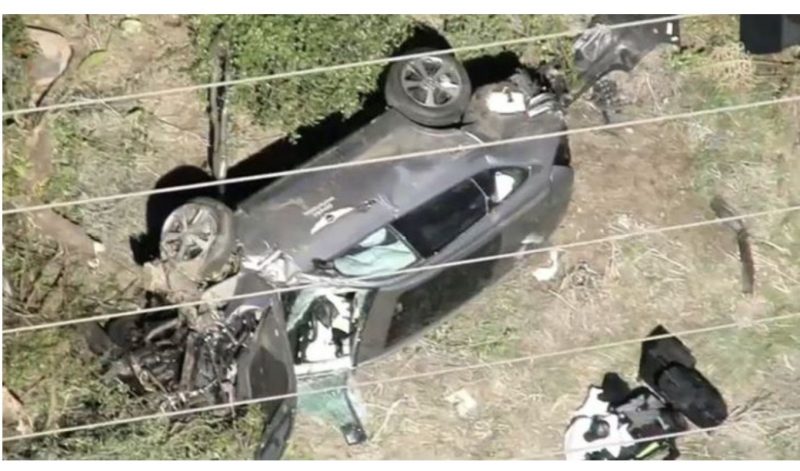 “We thank everyone for the overwhelming support and messages during this tough time,” the statement read. “As previously communicated, Tiger was involved in a single-car accident earlier this morning in California. He has undergone a long surgical procedure on his lower right leg and ankle after being brought to the hospital.”

“Mr. Woods suffered significant orthopedic injuries to his right lower extremity that were treated during emergency surgery by Orthopaedic trauma specialists at Harbor-UCLA Medical Center, a level 1 trauma center. Comminuted open fractures affecting both the upper and lower portions of the tibia and fibula bones were stabilized by inserting a rod into the tibia.

Additional injuries to the bones of the foot and ankle were stabilized with a combination of screws and pins. Trauma to the muscle and soft-tissue of the leg required surgical release of the covering of the muscle to relieve pressure due to swelling.” – Anish Majajan, MD, Chief Medical Officer & Interim CEO at Harbor-UCLA Medical Center.

“He is currently awake, responsive, and recovering in his hospital room,” the statement read.

“Thank you to the wonderful doctors and hospital staff at Harbor UCLA Medical Center, the Los Angeles County Sheriff’s Department, and the Fire Department. Your support and assistance has been outstanding.

“There are no further updates at this time and we continue to thank you for your well-wishes and privacy for him and his family.”

Champions League: We Have A Lot To Do Ahead Of 2nd Leg Clash With Chelsea- Diego Simeone

The captain of Nigerian  Super eagles Ahmed Musa has started training with Kano Pillars on Monday ahead of NPFL second stanza.

The club captain Rabiu Ali Pele among other senior players of the club receive him n gives him a very warmth welcome. The captain was solid in today’s light training under the club tactician Ibrahim A. Musa Jugunu and has performed absolutely well.

The players of the team happily n respectfully troop on to have a picture with him as a welcome note. The management of the team also was in the training ground full house to show solidarity n a welcome too and the supporters of kano pillars turn in mass to show loyalty together with secondary pupils were also at the ground to witness these memorable occasion.

The Team Captain Rabiu Aliu and Ahmed Musa took photos together below:

SHOCKING: Football World In The Past 24 HOURS

For the past Few hours,it has been a shocking news from the world of Football across top European Countries,from

It is indeed a big hours of Football news

Manchester United have resigned from the European Club Association (ECA) and Ed Woodward has stood down from his role at UEFA.😳

Arsenal have also left the ECA. Vinai Venkatesham stood down from his role on the ECA board this morning

As reported earlier on ,Arsenal,Manchester united and Top Epl clubs have back the propose European Super league