Ace thespian, Mercy Aigbe has lost her cool following fresh allegations on how her mother snatched another woman’s husband with the aid of charms.

The allegations were shared by the controversial IG blogger, Gistlovers while revealing its chat with some individuals who claim to have known Mercy Aigbe’s mother’s dealings.

According to the chats, Mercy Aigbe’s mom was widely known in the Anthony area of Lagos State, where she snatched a woman’s husband, alongside other allegations of promiscuity incorporated in the chats.

Reacting to this, the actress has sternly warned the anonymous blogger to leave her mother and children out of this saga. She slammed Gistlovers for publishing a demeaning report coined by a hater without proper investigation, all in a bid to bring her down. 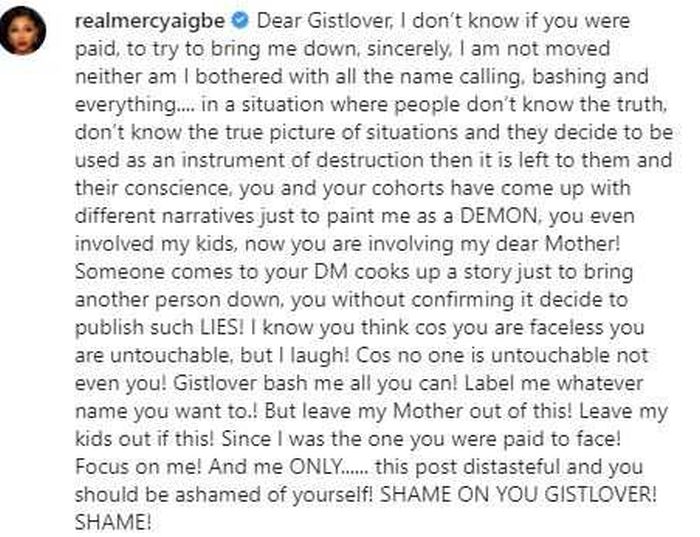 READ ALSO:  BBNaija : Saga Will Not See Me Coming – Pere
Related Topics:Mercy Aigbe
Up Next