He beheaded his aunt and buried her head and body separately in Cross Rivers State. 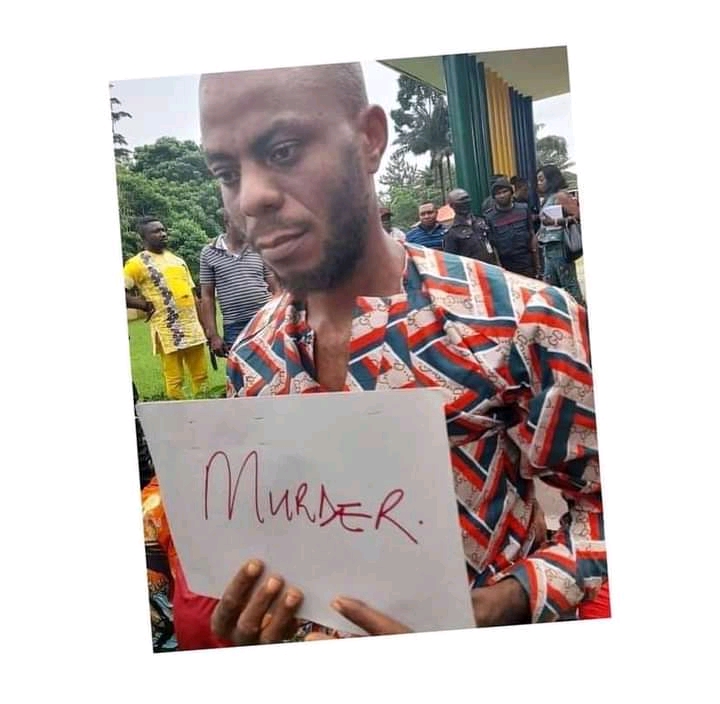 The Cross River Police Command has paraded a man who allegedly k*lled and beheaded his aunt in Calabar South Local Government Area of the state.

It is reported that the suspect, Christian Edem-Eyo,34, allegedly murdered Uduak Effiong Okpo, 65, and buried her head and the body separately on June 23, 2021.

The suspect told reporters that he m*rdered Okpo because she belonged to the spiritual world.

“I killed Uduak Okpo because she belonged to the marine world. She was terrorising me spiritually in the compound. She was making my manhood to rise spiritually, that was why I k*lled her,” he said.

READ ALSO:  OMG!! Lady Quits Bank Job After Getting Offer In Dubai Then This Happened
Related Topics:Cross RiverMURDER
Up Next

Market Chairman Dies During S3x Romp With His Wife’s Salesgirl

APROKO ASK: ‘I Impregnated My Coursemate Who Is Also My Bestie By Mistake, What Should I Do?’