Laycon, winner of the Season 5 of BBNaija, has bragged that his swag makes ladies fall for him.

The Nigerian rapper who made this remark on Twitter, recently released two tracks titled; Wagwan and Fall For Me, is probably trying to tilt the spotlight to himself within this period.

“Emi Mr. WAGWAN, swag wey dey make girls dey FALL FOR ME. SHALL WE BEGIN TO BRAG PLEASE !!!” Well, since he’s the type is who doesn’t indulge in ‘theatrics’ like t his one, we might as well sweep his seeming self-ego under the carpet.

READ ALSO:  E Choke Me: Nigerian Lady Cancels Engagement With Boyfriend Because Of This Shocking Reason
Related Topics:Laycon
Up Next

There are many pedophiles in Nigeria. Every family has one – Singer Temmie Ovwasa 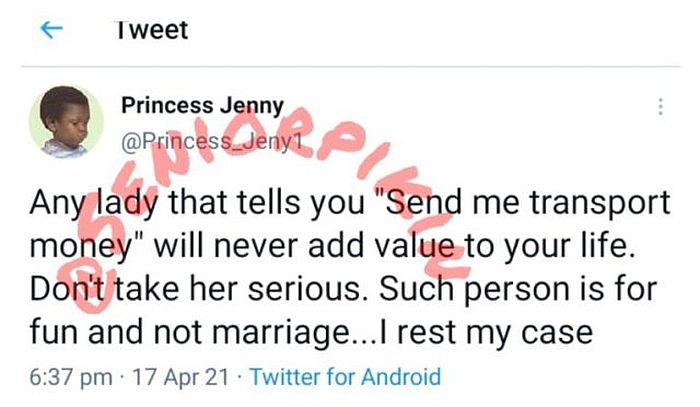