The State-specific statistics which can be found within the 2020 Internet Crime Report and in the accompanying 2020 State Reports, includes information from 791,790 complaints of suspected internet crime, an increase of more than 300,000 complaints from 2019. The reported losses also exceeded $4.2 billion.

Nigeria and South Africa were listed among the ‘worst’ 20. South Africa was rated sixth with 1,754 victims while Nigeria had 443 victims. Countries like Pakistan, China, Columbia, and Hong Kong ranked better than Nigeria.

Phishing scams, non-payment/non-delivery scams and extortion were the top three crimes reported by victims in 2020, and it was also learnt that victims lost the most money to business email compromise scams, romance and confidence schemes, and investment fraud. 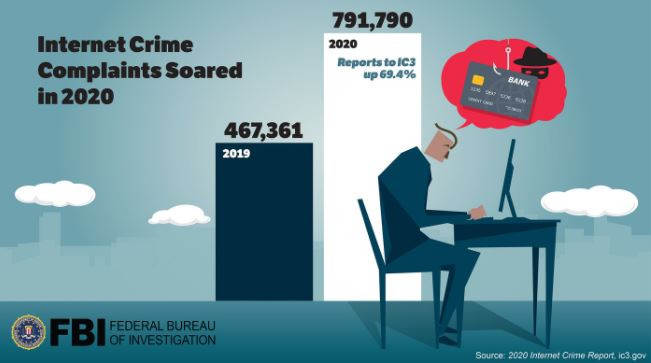 There was also the emergence of scams exploiting the COVID-19 pandemic. The IC3 received over 28,500 complaints related to COVID-19, with fraudsters targeting both businesses and individuals.

The IC3’s 2020 Internet Crime Report contains information about the most prevalent internet scams affecting the public and offers guidance for prevention and protection. It also highlights the FBI’s work combating internet crime, including recent case examples.

The IC3 received a record number of complaints from Americans in 2020: 791,790, with reported losses exceeding $4.1 billion. The figure represents a 69% increase in total complaints from 2019. 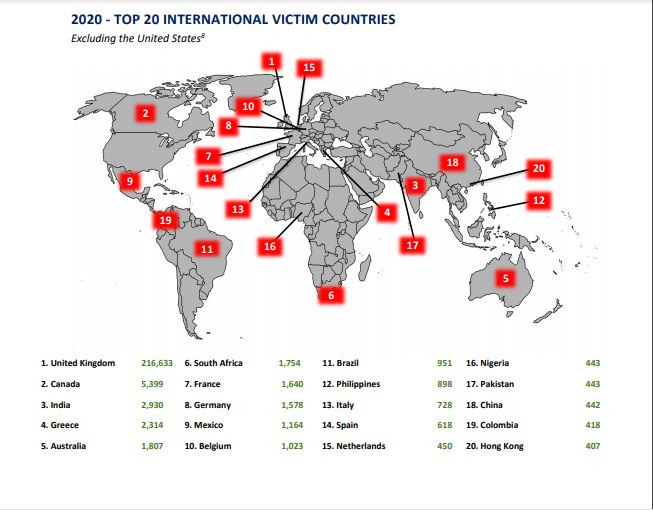 The FBI noted that Business E-mail Compromise (BEC) schemes continued to be the costliest.

There were 19,369 complaints with an adjusted loss of approximately $1.8 billion.

Phishing scams had 241,342 complaints, with adjusted losses of over $54 million, while the number of ransomware incidents also continues to rise, with 2,474 incidents reported in 2020.

Through the Recovery Asset Team, IC3 worked with its partners to successfully freeze approximately $380 million of the $462 million in reported losses in 2020, nearly 82%.

The FBI stated that it released the 2020 Internet Crime Report to remind the public to immediately report suspected criminal internet activity to the IC3 at ic3.gov.

The American agency added that by reporting internet crime, victims are not only alerting law enforcement to the activity but aiding in the overall fight against cybercrime.

Related Topics:FbiInternet crime
Up Next

CBN Announces Plan To Do Give Away On Social Media

BREAKING: CBN Has Revealed Date For E-Naira Wallets To Be Downloaded