A former Nigerian minister of finance, Ngozi Okonjo-Iweala, on Monday assumed office as Director-General of the World Trade Organization.

Mrs Okonjo-Iweala assumed office amid high expectations among stakeholders of the global trade body. She was confirmed as the DG of the trade body on February 15.

Mrs Okonjo-Iweala emerged the shoo-in after her final challenger to the position, South Korean Trade Minister and candidate, Yoo Myung-hee, announced her withdrawal. Ms Yoo made the decision after discussions with the U.S. and other major nations. She also took various issues into account “comprehensively” including the need to revitalise the multilateral organization.

The World Trade Organisation had selected Mrs Okonjo-Iweala and Ms Yoo to advance to the final round in the race to lead the Geneva-based trade body last October.

On Monday, Mrs Okonjo-Iweala was received into office by officials of the trade body and a few journalists at WTO’s headquarters in Geneva, Switzerland.

The DG was dressed in African wax fabric material with her trademark head tie.

“Welcome to Dr Ngozi Okonjo-Iweala @NOIweala on her first day as WTO Director-General!” the trade body said in a tweet. “She makes history as the first woman and first African to take up this post.”

Mrs Okonjo-Iweala was Nigeria’s finance minister during the tenures of former presidents Olusegun Obasanjo and Goodluck Jonathan. She has experience working at international governance bodies as a former managing director of the World Bank and as a chairman at the Global Alliance for Vaccines and Immunization.

READ ALSO:  We Are Against Agitation For Biafra - S'East Governors

With Mrs Okonjo-Iweala’s assumption of office, the WTO now has its first female director-general in its 25-year history. 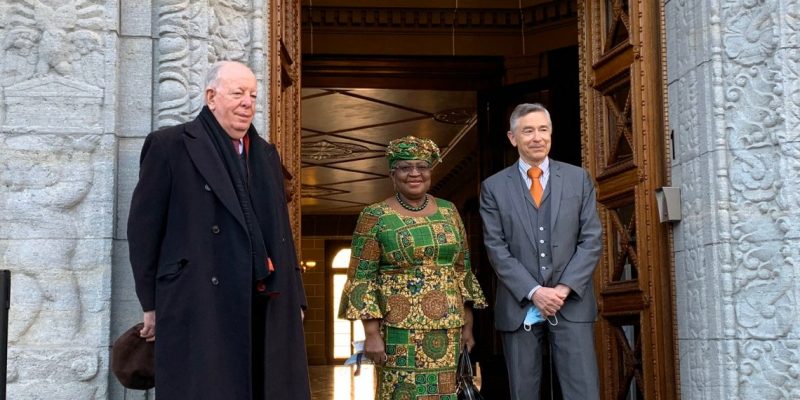 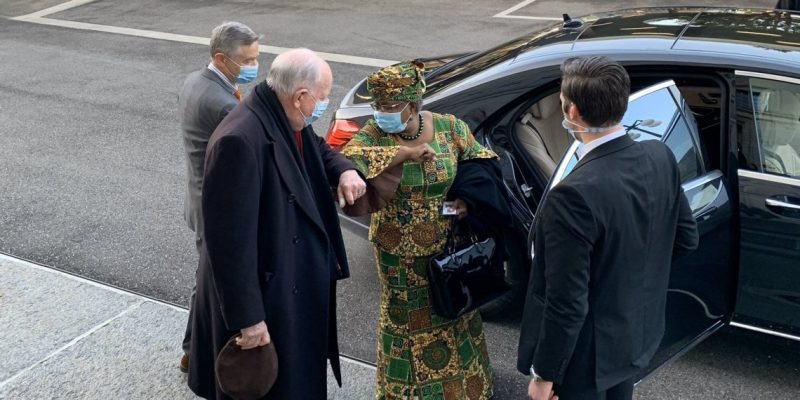 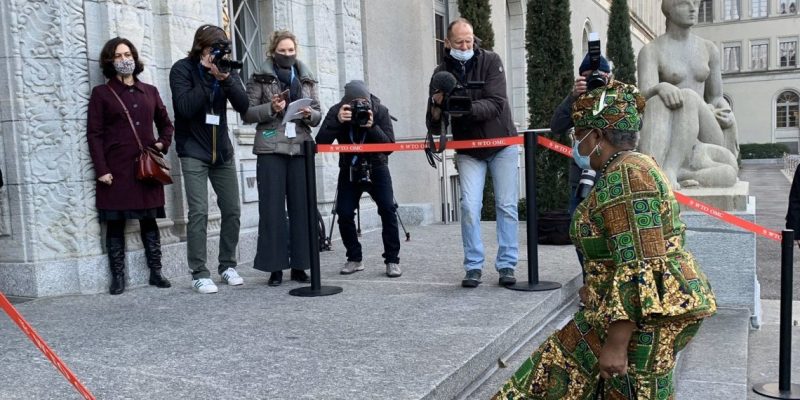 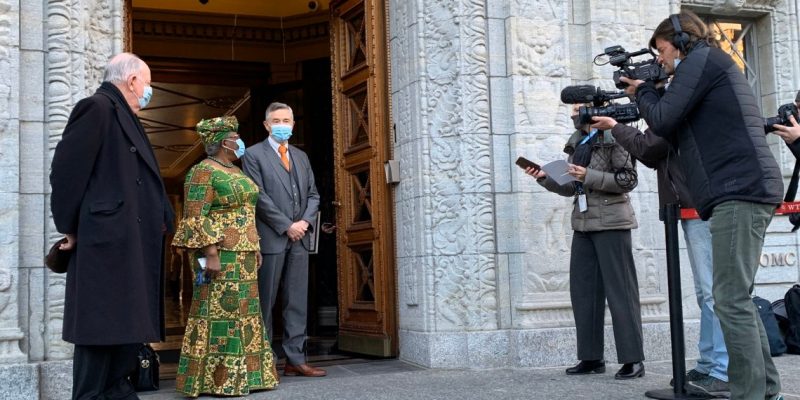