His wife, Folu Adeboye took  to social media, to express her gratitude to God for giving him to her as a husband. In her word she said Pastor Adeboye is the husband every woman want,the father every child loves and the friends no one wants to share 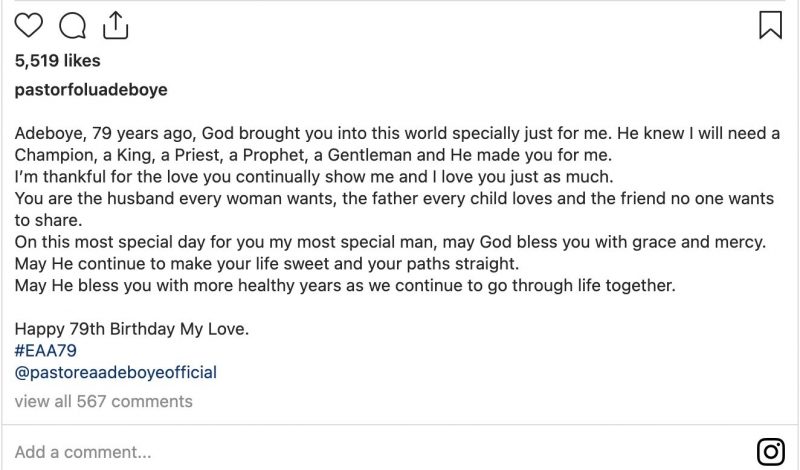 After thirty years in power Chad’s president had died. He died on the battlefield after postponing his victory speech as a newly elected president to meet with his soldiers at the battlefield.

Below are things you should know about him.

•He was a herder’s son from Zaghwa ethnic group

• He was trained as a pilot in France

The cop was assaulted by one victor Ebhomenyen who drove against traffic in Oniru in the Victoria Island area of the State.

Sunday was presented with a stats plague as a mark of honor and prestige to appreciate his commitment to promoting core values of modern policing and protection of fundamental human rights.

Sunday had been attacked by the Suspect and his friend who is now at large after he confronted the for driving against traffic at Four point Hotel, Oniru Victoria Island

See what144 Nigerian policemen were sent to Somalia to do

A total of 144 police officers from Nigeria have arrived in Somalia to boost Stabilization efforts in the country according to the African union mission.

AMISON police operations coordinator  Daniel Ali Gwambal said they are there to to support the Somalis and at the same time to mentor the Somali police force.

They are to perform specific duties like regular patrols at check point, guard static duties and other duties that involve general policing he added

READ ALSO:  See what144 Nigerian policemen were sent to Somalia to do
Continue Reading