Buratai met with the Beninese President on Tuesday during the official presentation of his letter of credence.

Also, the Ambassador of Germany to Benin Republic, Michael Derus; as well as those of Ghana, Gabon, and Norway also presented their letters of credence to Talon.

Buratai’s meeting with the Beninese President occurred amid the planned extradition of wanted Yoruba nation activist, Sunday Adeyemo, also known as Sunday Igboho, who was arrested in Cotonou on July 19, 2021 while he tried to catch a flight to Germany. 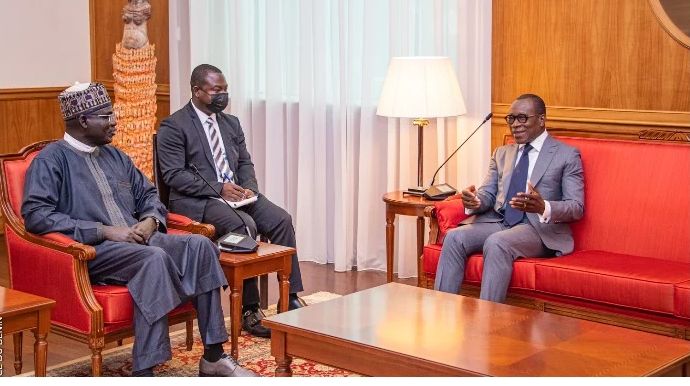 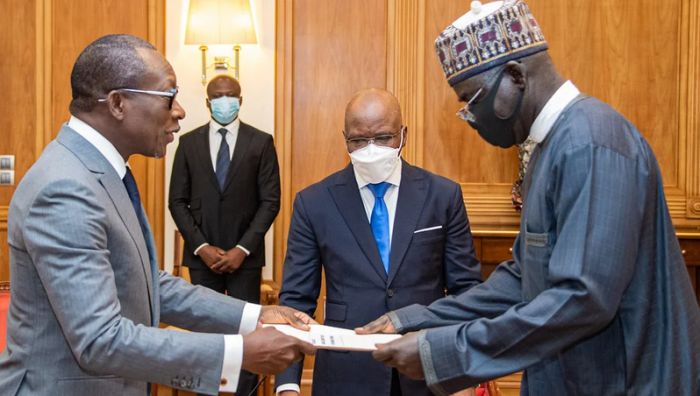 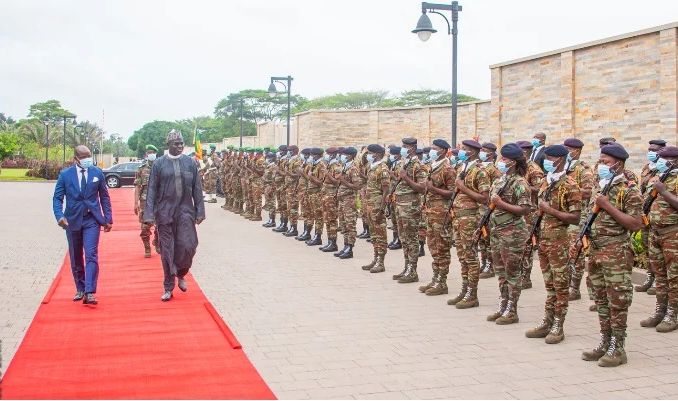 A member of Igboho’s legal team, Pelumi Olajengbesi, had said Buratai asked for the extradition of Igboho to the headquarters of the Department of State Services in Abuja, Nigeria but Benin Republic disappointed him.

Buratai, Nigeria’s Chief of Army Staff between July 2015 and January 2021, was deployed as Nigeria’s envoy in the Benin Republic in June 2021.

Before then, the Nigerian President, Major General Muhammadu Buhari (retd.), had presented Buratai’s nomination to the Senate and the upper chamber of the National Assembly had confirmed the ex-COAS’ nomination despite public outcry of some crimes against humanity allegedly committed by the Nigerian Army under Buratai’s leadership.

In a statement, the Beninese Government said Talon granted audience to each of the new ambassadors and discussed with them on the revitalisation and strengthening of bilateral cooperation between these different countries and Benin.

Talon was also said to have received a brief update on the state of cooperation between Benin, Nigeria and the other countries.

“The President of the Republic also took the opportunity to invite the new Ambassadors to work more on consolidating and strengthening the warm relations that already exist between their countries and Benin,” the statement added.

It was, however, not clear whether or not Buratai discussed Igboho’s extradition with the Beninese President.