Tacha has thrown her weight behind all those planning to beat Kemi Oulnloyo asking them to record it.

BBNaija star Tacha has urged people who have plans of beating self-acclaimed journalist, Kemi Olunloyo to record it.

Recall that Kemi Olunloyo got people angry after claiming that late Sylvester Oromoni died as a result of peer pressure after he agreed to be beaten.

She said he also agreed to drink engine oil just to join a cult in his school.

Many people accused her of being deranged and making such claim without evidence.

Reacting on her page, Tacha said those interested in beating Olunloyo should record it. 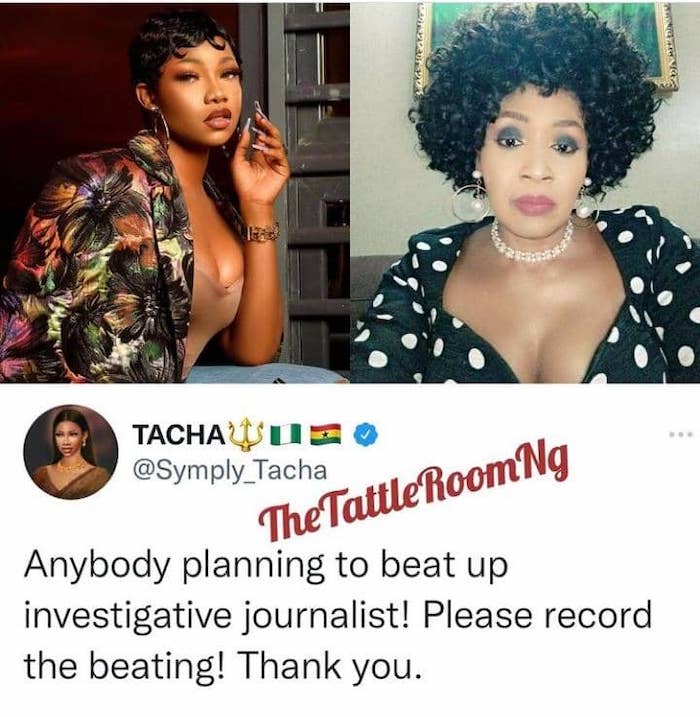