The FCT police command has provided an update on the search and rescue operation for a woman who cried out for help on Twitter on Tuesday, June 14.

The Twitter user @Ameerah_sufyan said that she and 16 others, including three pregnant women, were abducted from their homes.

In an update given on Twitter, the FCT police command says the investigation is ongoing and that discoveries are looking promising. 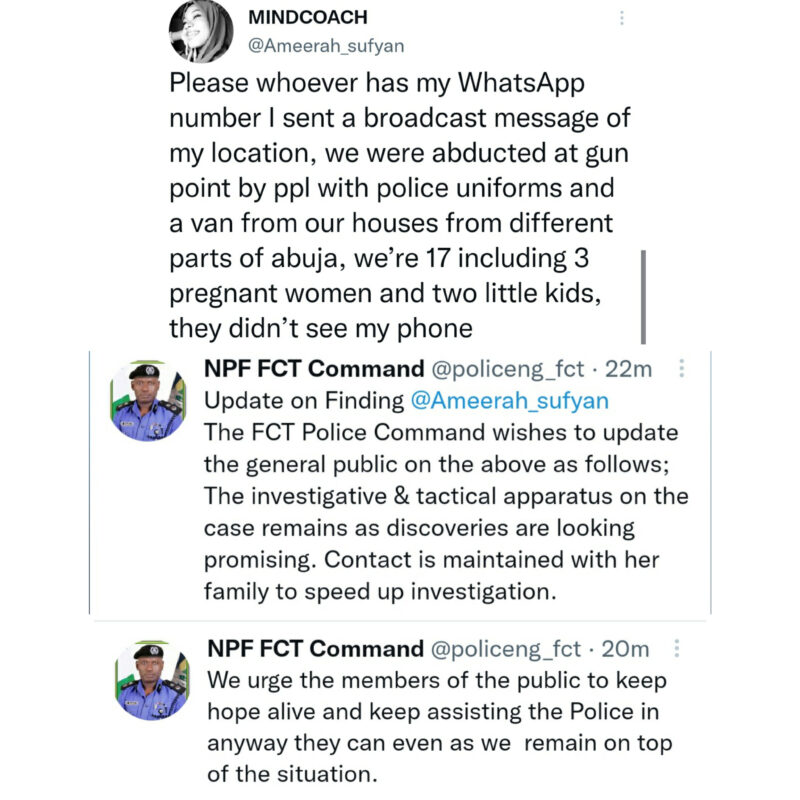