The couple who officially broke up a few months ago, unfollowed each other on social media after they ended their controversial relationship.

Recall that Kiddwaya shared a screenshot of a message he got from Erica’s fan, as he complained about the constants attack he received from her fans. 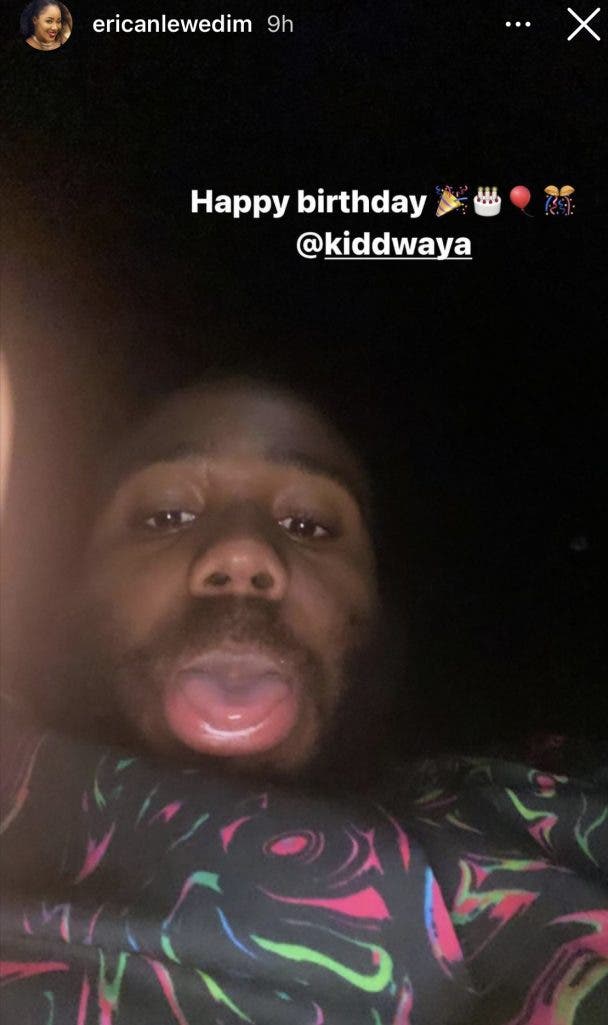 This led to a huge backlash, as Erica’s fans accused him of bringing down their favorite reality star.

This led to the lovers break up as Erica’s best friend announced on Twitter that the duo were no longer together.

Kiddwaya is currently celebrating his 28 birthday today and many of the ex-housemates from the BBNaija lockdown shared photos of him online to celebrate him.

Sharing a funny of Kiddwaya on her Instagram stories, Erica wished Kiddwaya a happy birthday wished surprised some of her fans.

READ ALSO:  I Am Glad I Chose Osinbanjo As Running Mate- President Buhari Facilitates With Him On His Birthday
Related Topics:BirthdayEricaKiddwaya
Up Next