The Instagram model made headlines in 2020 when she visited Melaye, whom she described as her uncle, in his hotel. 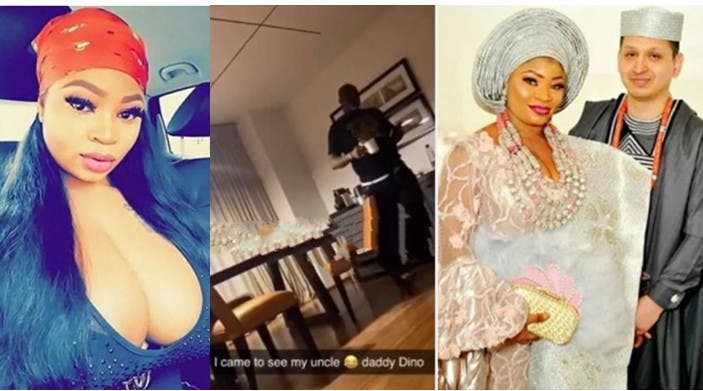 In a swift reaction, Dino called her out and said that his name was being used to spread lies and propaganda.

After the news went viral, Roman Goddess shared photos from her wedding to her foreign husband, whom she identified as Carlos.

To address the matter, she recent went live on Instagram and said that she is not married to anybody.

She told those who keep criticising her over the Dino Melaye visit that she is entitled to live her life whichever way she pleases because she is single.

READ ALSO:  Why I’m No Longer In Touch With Olamide – Singer Temmie Ovwasa
Related Topics:Dino melayeroman goddess
Up Next