The Federal Government of Nigeria sets up an agency to investigate those who flaunt expensive lifestyles that they cannot afford.

She took to Twitter to say that anyone with an extravagant lifestyle in Nigeria can be called upon at any given time by the government.

In her tweet, she stated that Lifestyle auditing is now legal in Nigeria for both young men and women are to produce evidence of their sources of wealth.

“Lifestyle audit is now legal in Nigeria. Those who cannot afford can now be investigated by any of the graft agencies to produce evidence of the sources of their wealth.

You can now be called upon to explain how you acquired certain properties.” 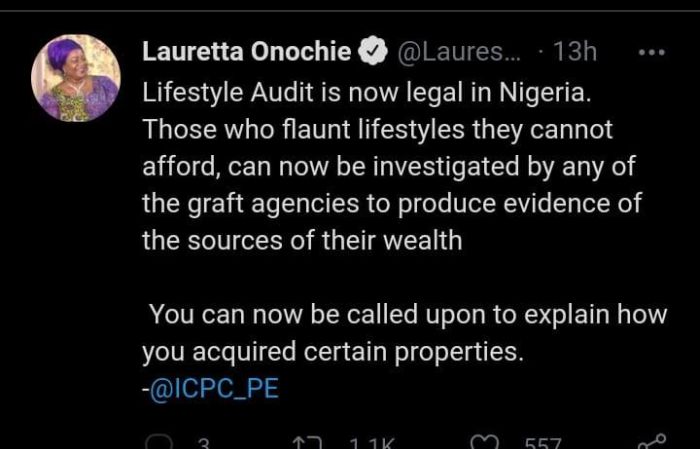 COVID19: See what will happen to Russian President Putin