Actor and media personality Uti Nwachukwu has sympathized with housemate Maria after she was evicted from the ongoing reality TV show.

Recall that Maria was evicted alongside JMK and Sammie.

However, reacting to this, Uti Nwachukwu revealed that he’s shocked to hear of her eviction as he opines that she was milked dry on the show. 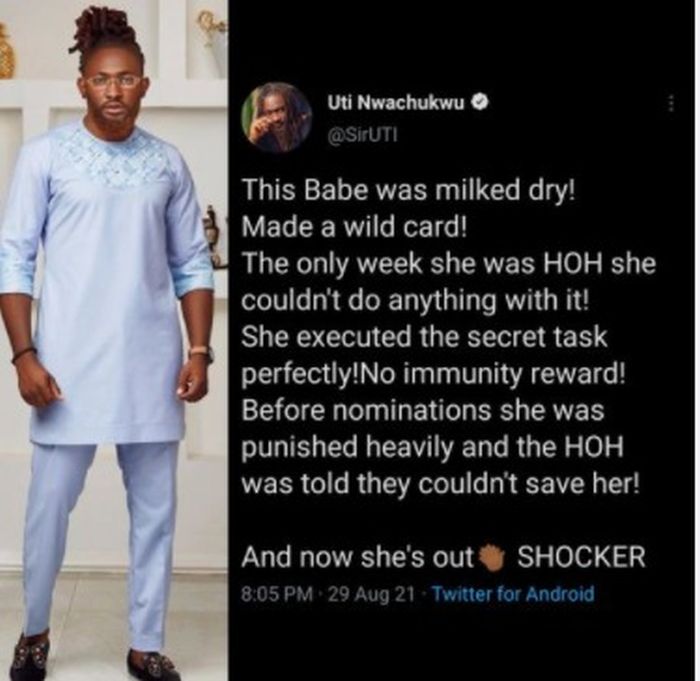 READ ALSO:  I Did Not Have Sex With Chioma – Singer, Peruzzi
Related Topics:BbnaijaUti nwachukwu
Up Next

BBnaija: All Housemates Up For Possible Eviction On Sunday

BBnaija: Maria And Two Other Housemates Have Been Evicted