Nigerian female sensational singer Tiwa Savage has broken silence about her sex tape, which leaked online a few days ago, and social media went into a frenzy.

Aprokorepublic recalls that Tiwa Savage, in an interview with New York’s Power 105.1 FM revealed that she’s currently being blackmailed over a sex tape with her current lover.

Tiwa Savage’s shocking revelation left many people with several reactions after they pointed many discrepancies in the interview.

With several reactions trailing the sex tape, many Nigerian celebrities took to their social media page to share photos of her to console and make her heal.

Meanwhile, since the leaked sex tape, Tiwa Savage seemed unbothered about the issue has continued to share challenge videos of her new song, ‘Somebody’s son’.

However, on Thursday night, Tiwa Savage took to her Instagram page to share a jaw-dropping photo of herself and warned people against speaking about the sex tape. 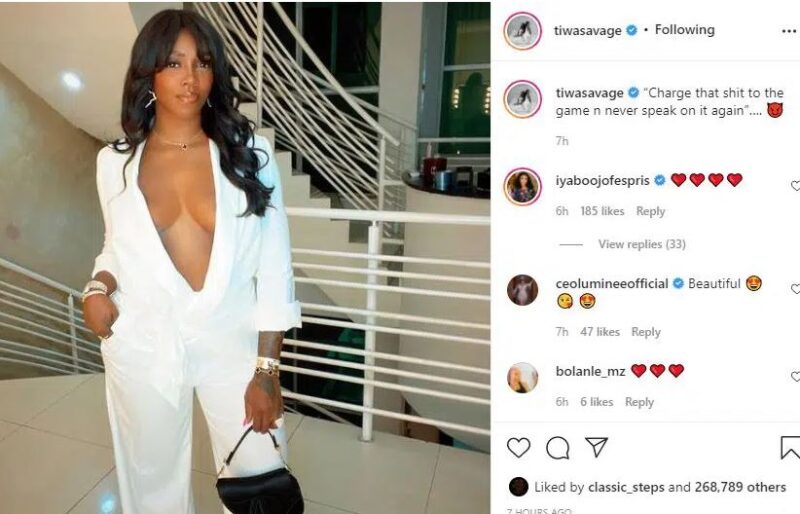 Bobrisky Opens Up On How He Feels About Davido

APROKO ASK: You Caught Your Best Friend Flirting With Your Underaged Daughter, How Would You React? (Read This)