The Grammy dream is slowly taking shape for Wizkid as his album, “Made In Lagos” is in consideration for 10 categories for the forthcoming Grammy Nominations.

Recall that In October, Naijaloaded reported that Wizkid received a Grammy Nomination consideration thanks to his “Made In Lagos” album.

Apparently, the album isn’t just being considered for one category which is the Global Music Album but ten different categories.

If the afrobeat star gets nominated and wins an award in any category, it will make it his second Grammy award.

Given the album’s success in the international market in less than a year, it won’t be a surprise to many should it be nominated for the prestigious award. 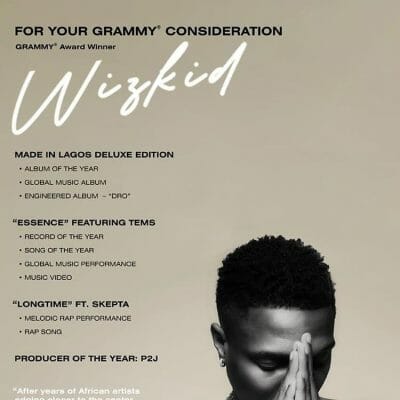 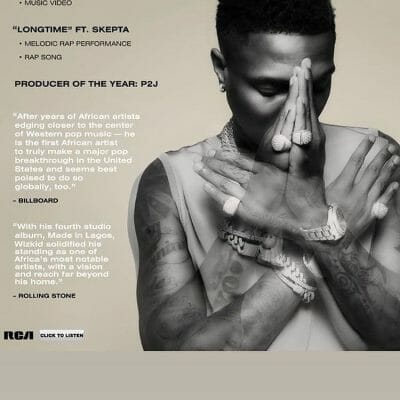 Checkout Picture Of Obi Cubana After EFCC Released Him