Two persons, including a 12-year-old boy, have died after they were reportedly hit by stray bullets as police shoot to disperse protesters in Meiran area of Lagos.

The protest started after the reported killing of a tricyclist by a bribe-seeking police officer, in the early hours of today, November 4, 2021.

It was gathered that the tricyclist was convening passengers when he was stopped by police officers, who asked him for N50 bribe.

Although it’s unclear what transpired afterward, the officer was said to have stabbed him in the chest, killing him on the spot. 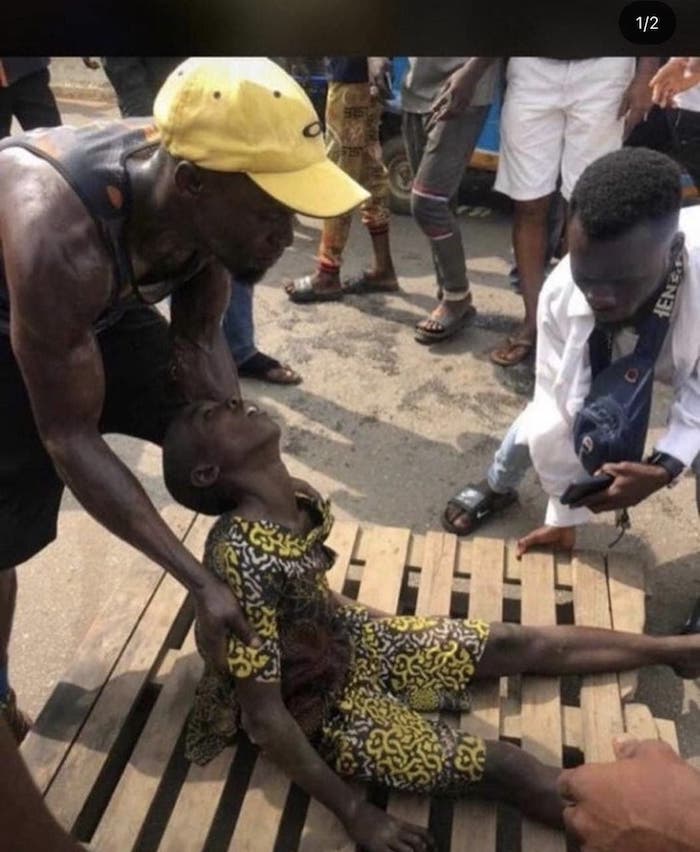 READ ALSO:  OAU Set Date To Reopen After Shutdown Over Student’s Protest
Related Topics:lagosProtest
Up Next

NRI: Good News as President of Agbadani Youth Assembly sets up committee to fight against intake of “Mkpuru mmiri” (Video)