It seems Wizkid has more in store for his fanbase as he is about to reportedly release the remix for his hit song, “Essence” which would feature Justin Bieber.

“Got something special for you guys tomorrow…”

According to word on the streets, the surprise is the remix to his current buzzing song, “Essence” which would feature Justin Bieber.

With a certified hitmaker as a feature, the song, which is now at No. 59 on the Billboard Hot 100, is likely to soar to the top of the charts.

Also on his IG stories, he praised Bieber’s vocals, expressing he loves it.

He later dropped confirmed Bieber is indeed going to be on Essence remix with Tems. 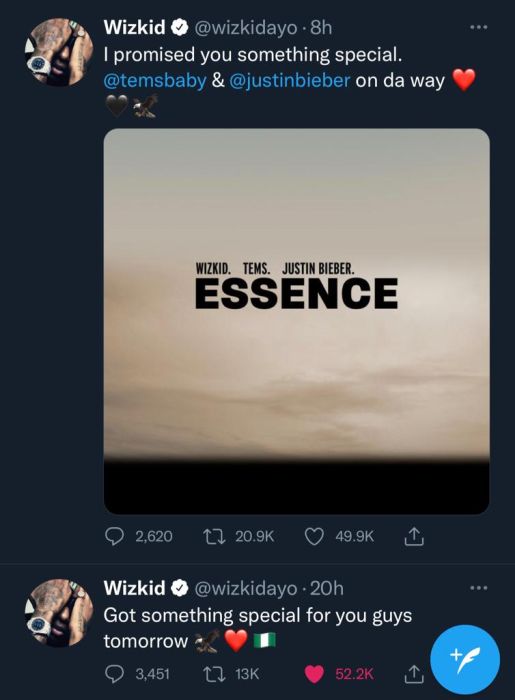 READ ALSO:  See what Wizkid said a girl must do before he marries her.
Related Topics:essenceWizkid
Up Next