Nigerian iconic singer, songwriter and performer, Ayodeji Balogun, popularly known as Wizkid has hit a massive milestone with his ‘Made in Lagos’ album.

The classic album, which was released in 2020, and its deluxe version, released in 2021, is now accorded as a global album and, for the year 2021, garnered over a billion streams across all music streaming platforms. 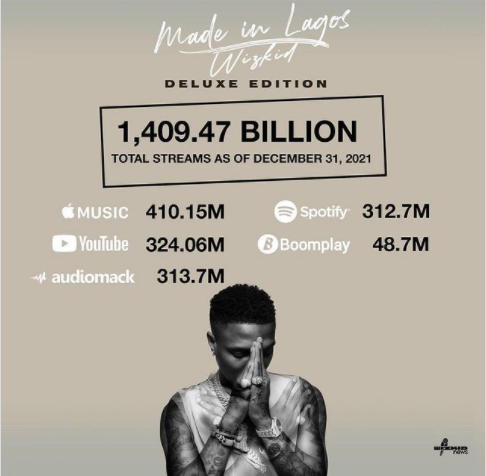