Taliban thugs executed an Afghan woman in the street for not wearing a burqa just hours after the Islamists vowed to protect women’s rights.

The woman was reportedly executed by a rampaging death squad in Talogon, in Afghanistan’s northeastern Takhar province, for not wearing Islamic dress in public.

A photo of the alleged killing, released by Fox News, shows a pool of blood spreading from the woman’s body as traumatised relatives mourn around her.

Though the woman is said to have been photographed after the Taliban’s takeover, the exact time the picture was taken is not known.

In another clip, a convoy of Taliban fighters were seen rampaging through the streets of Kabul, firing their automatic rifles in the air as they reportedly hunted human rights advocates and government officials.

The chaos and bloodshed comes after Taliban leaders seized the presidential palace and later declared Kabul theirs in a televised victory speech on Tuesday.

They vowed to reintroduce Sharia law, but promised a softer regime than the cruel and harsh repressions rolled out during their 1996-2001 rule.

In their speech, they said the Taliban is “committed to the rights of women”, but only under Sharia law.

Women in particular were ruthlessly repressed by the Islamists 20 years ago. Laws denied females education, working rights, and banned them from being in public without a male escort.

See the photos below: 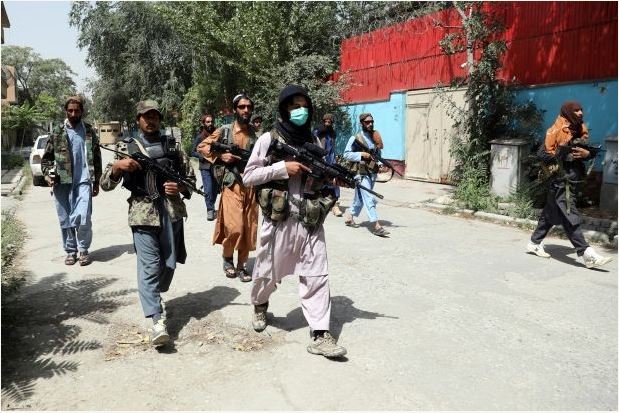 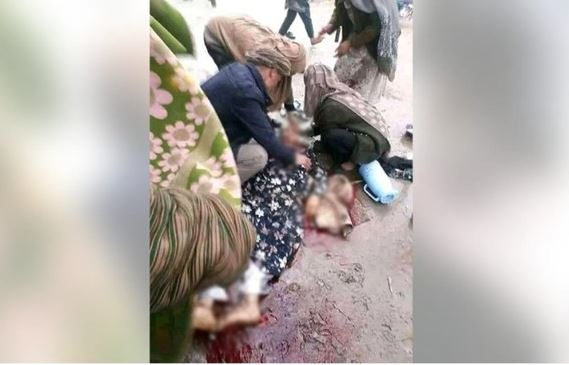 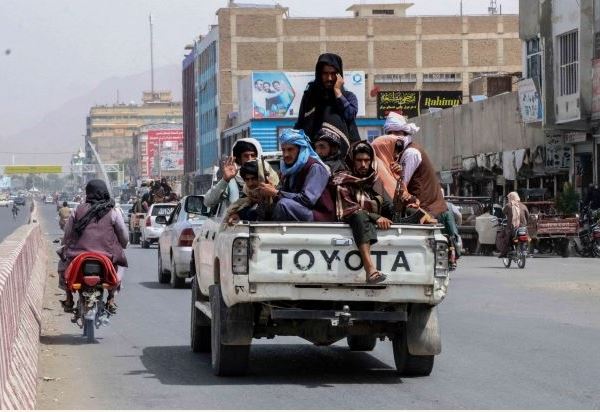 READ ALSO:  Breaking! UK moves to partner with the Taliban (See details)
Related Topics:AfghanistanTaliban
Up Next

Tonto, others should forgive me, I was used by Kpokpogri, Lady apologizes

UNGA: How We Built Hospitals Across Nigeria To Contain COVID-19 – Buhari To World Leaders