Mr Soyinka, a professor of Comparative Literature, crossed the Seme border around noon into Cotonou.

A crowd mobbed him while he was waiting to complete immigration formalities, repeatedly asking about his destination.

Mr Soyinka responded he was visiting Mr Igboho to “break the Moslem fast with him.”

He said even though they are both non-Muslims; it made no difference because he wished to see Mr Igboho, to sympathise with him.

”Ramadan is as good as any other season to express non-denominational solidarity,” he added. 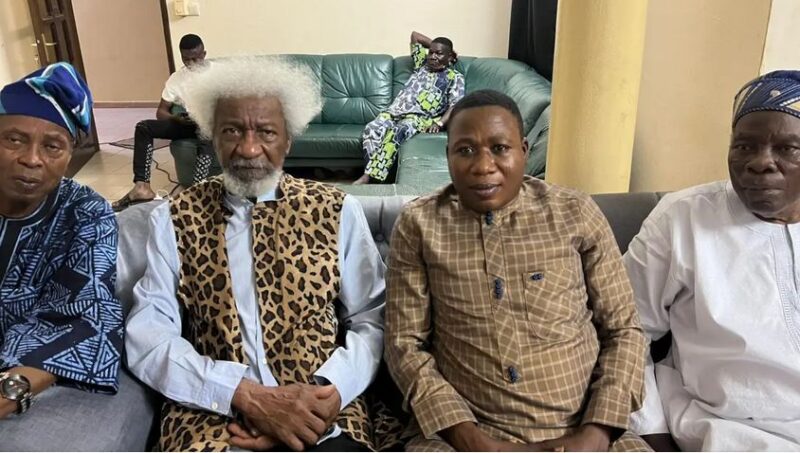 Mr Igboho and his wife, Ropo, were arrested on July 19, 2021, by the International Criminal Police Organisation at the Cadjèhoun Airport in Cotonou, the Republic of Benin, on their way to Germany.

Beninoise officials later released his wife but Mr Igboho remained in detention until March this year, when they released him on the condition that he remain in the country “for the time being under full security,” according to his lawyer, Yomi Alliyu.

Last year, Mr Soyinka joined other Nigerians to condemn the invasion of Mr Igboho’s home in Ibadan by armed officials of the State Security Service (SSS).

At least two of Mr Igboho’s supporters were killed during the incident.

NDLEA Uncovers N22 Billion Worth Of Tramadol Imported By Ukatu